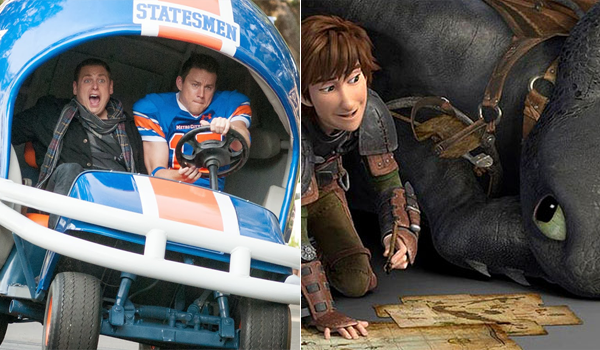 Disney's Maleficent held steady in third place with $2.44 million. The 3D fantasy blockbuster starring Angelina Jolie was up 2 percent over Wednesday and down a healthy 32 percent from last Thursday. Maleficent placed in third for the week with $28.45 million. That represented a 44 percent decline from the previous frame, which was a very respectable hold given the new direct competition the film faced from How to Train Your Dragon 2. Maleficent has grossed $172.97 million in three weeks, which places the film 34 percent ahead of the $129.04 million 21-day take of 2012's Snow White and the Huntsman.

Warner's Edge of Tomorrow rounded out Thursday's unchanged top five with $1.70 million. The critically acclaimed sci-fi film starring Tom Cruise and Emily Blunt was unchanged from Wednesday's performance and down a very healthy 25 percent from last Thursday. Thanks in part to strong word of mouth and critical reviews, Edge of Tomorrow was down 41.5 percent this week with a fifth place weekly take of $23.69 million. That brings the film's two-week total to $64.17 million. Edge of Tomorrow is now running just 9 percent behind the $70.17 million 14-day take of last year's Oblivion.

Tags: north-america, Edge of Tomorrow, The Fault in Our Stars, Maleficent, How to Train Your Dragon 2, 22 Jump Street