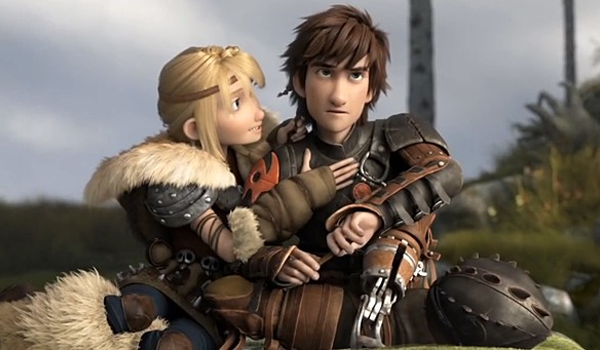 How to Train Your Dragon 2 led the weekend with $43.5 million as it more than doubled its overseas run to 53 territories. Brazil stood out as the Dragon sequel generated the second best animated opening of all-time ($6.8 million) there despite the fervor surrounding the World Cup. Mexico also accounted for a strong $7.3 million. Dragon 2 is #1 in over 30 markets this weekend, bringing its overseas tally to $77.2 million with major markets, including Europe, yet to open. The current global total is $172.4 million.

Edge of Tomorrow added another $21.5 million this weekend in 65 markets. The overseas cume is now $218.3 million. China's holdover performance was a healthy $4.8 million, while Russia added $2.6 million. Globally, Edge has earned $292.8 million to date.

Maleficent debuted in China this weekend to the tune of $20.3 million as part of an overall $44.7 million overseas weekend. The film's overseas total is now $335.6 million for a global sum of $521.6 million to date. With Japan yet to open (July 4), Disney notes that Maleficent is now Angelina Jolie's highest grossing live-action movie of all-time globally. Mexico and Russia lead all territories so far with $40.4 million and $34.8 million totals, respectively.

The Fault In Our Stars added $20 million internationally from 45 markets. The United Kingdom led with $5.8 million and a first place opening higher than the original Twilight. Brazil, Mexico, and Germany represented strong holdover markets with $4.5 million, $2.2 million, and $1.5 million, respectively. Fault's overseas total stands at $65 million for a $163.7 million global tally. Five of the top ten international markets have yet to open.

22 Jump Street bagged an estimated $14.1 million this weekend from 30 territories, including Australia's strong $6.4 million bow on 359 screens. Australia's opening bests 21 Jump Street by 63 percent, Neighbors by 40 percent, and Anchorman 2 by 27 percent. Among holdovers, the United Kingdom was down a solid 31 percent from last weekend to $2.6 million. 22 Jump's overseas tally now stands at an estimated $38.2 million, giving it a $150.7 million global take through Sunday.

Blended took in $6.1 million, bringing its overseas tally to $21.3 million. The film stands at $63.7 million globally.

Frozen added $3.4 million from its lone overseas territory in Japan this weekend, down a stellar 12 percent from last weekend and marking its 15th consecutive weekend in first place in the country. With $231.8 million from Japan, Frozen is the country's largest Disney film of all-time, #3 of all-time in Japan, and the #2 Western movie there (behind only Titanic). Frozen's overseas total is now $858.4 million, giving it $1.259 billion globally.

Neighbors brought its international total up to $92.3 million as it grossed an estimated $2.9 million from 40 territories, including healthy openings in Argentina ($400k from 65 locations), Brazil ($900k from 188 dates), and Colombia ($192k from 60 dates). The global cume now stands at $238 million with 13 territories yet to open.

A Million Ways to Die in the West added $2.3 million from 46 territories overseas for a new cume of $30.8 million. The film had no new openings this weekend, although 12 remain over the next few months. Globally, the comedy stands just over $71 million.

Noah pulled $2.0 million from 15 territories this weekend, bringing the international gross up to $255 million. Japan represented a strong hold with $1.8 million from 337 locations, down just 30 percent from last weekend.

Jersey Boys debuted to $1.6 million from 9 markets this weekend, led by the UK's $738k. Warner Bros. compares results to Ray, and slightly ahead of J. Edgar and Gran Torino. France accounted for $428k.

Meanwhile, The Other Woman surpassed $100 million overseas with $2.6 million this weekend. The international total is now $101.5 million, for a $184.6 million global tally.

Tags: Maleficent, 22 Jump Street, Godzilla, Edge of Tomorrow, The Fault In Our Stars, X-Men: Days of Future Past, How to Train Your Dragon 2, Frozen, Neighbors, A Million Ways to Die in the West, Noah, Boyhood, overseas