'Tammy' In Charge Of Newcomers 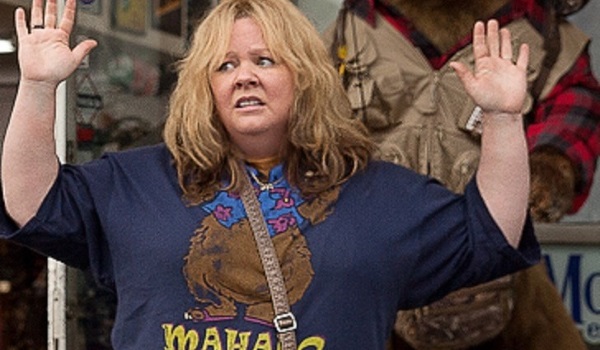 Tuesday Morning Update: Deliver Us From Evil was the most talked about new opener on Monday with 4,768 tweets on the day, a 20% bump from 3,970 tweets on Sunday. The horror genre has not been catered to in a wide release for quite some time (The Quiet Ones was the last such opener in the end of April), and this will hope to break out amongst those fans. By comparison, Paranormal Activity: The Marked Ones had 8,743 tweets two days before release, Oculus had 8,465 and The Quiet Ones had 1,585. The openers this week all open on Wednesday thanks to the independence day holiday in the US which throw in wrench in my predictions as Wednesday openers are much more rare. Regardless, the numbers here really aren't huge and puts it in the region of mid to upper double figures at best for the five day holiday and low teens for the weekend.

Tammy slotted into the second position amongst the new openers on Monday with 2,865 tweets, up 105% from 1,399 tweets on Sunday. Melissa McCarthy is one of the biggest female draws in Hollywood today and once again she attempts to prove her draw with the prime Independence day long weekend. Its name is obviously not the greatest to single out tweets for which leads to troubles with grabbing all mentions for the film, not unlike her last Summer film The Heat (715 tweets two days before its release - yes it was heavily affected by its super-common name) or to a lesser extend Identity Thief (3,111 tweets two days before release) and Bridesmaids (1,693 tweets two days before release). I think it is a lock to lead the newcomers over the five day frame with something north of $25 million but much more than that might be unlikely given its tweet levels.

Bringing up the rear is Earth To Echo which had 2,107 tweets on Monday, up 73% from 1,215 tweets on Sunday. Unlike Tammy this has a very unique name and is easy to grapple tweets for, and as such ~2k tweets two days before release is pretty ordinary. Yes its true that the film is appealing to younger audiences directly but the sci-fi/suspense elements of it will exclude many younger kids I believe, leaving mostly teens and sci-fi fans. With that in mind it will be lucky to hit double digits over the long holiday weekend, with much more than that being as likely as its premise.

Tags: Tammy, Earth To Echo, Deliver Us From Evil (2014), social-media-trends