'Dawn Of The Planet Of The Apes' Sees Solid Increase 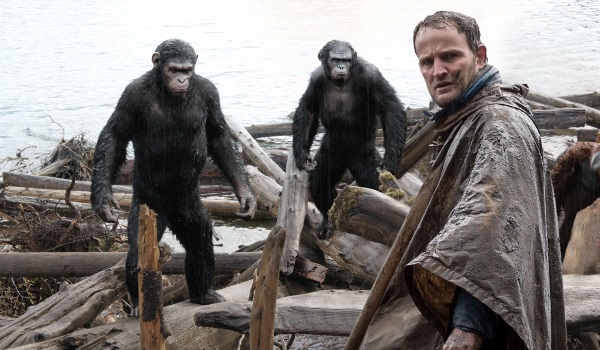 Wednesday Morning Update: Dawn Of The Planet Of The Apes impressed again on Tuesday with 6,114 tweets, up over 86% from Monday's 3,271 tweets. This was still miles above Rise Of The Planet Of The Apes which had 1,987 tweets its Tuesday before release. While the numbers aren't huge the fact that it is still so far ahead of the first film is very promising to me. Yes its behind other recent older male skewing films such as Edge Of Tomorrow (12,222 tweets its Tuesday before release) but remember that there are no big name A-list stars involved here and that generates a lot of buzz in and of itself. In addition, its important to remember Planet Of The Apes is not the second film in the franchise but the 8th after the five films from 1968 to 1973, Mark Wahlberg's 2001 remake and then the 2011 reboot from which Dawn picks up after. That is a lot of heritage and built in audiences, many of whom might be older and not huge proponents of social media usage. I like its chances at surpassing the last installment and it should have a clear shot at becoming the highest grossing Apes movie of all time.

The first trailer for Ridley Scott's Exodus: Gods And Kings dropped and generated 4,005 tweets, pulling it up from relative obscurity. The trailer was released relatively late yesterday because today already it is at over 4,000 and on this pace it would surpass 20,000 tweets easily. Considering that Noah had just 8k+ tweets for its first trailer this is a very strong debut for the Christian Bale film. This could do great things over the Holiday season this year after seeing this type of early reception.

Tags: social-media-trends, Exodus: Gods And Kings, Dawn of the Planet of the Apes