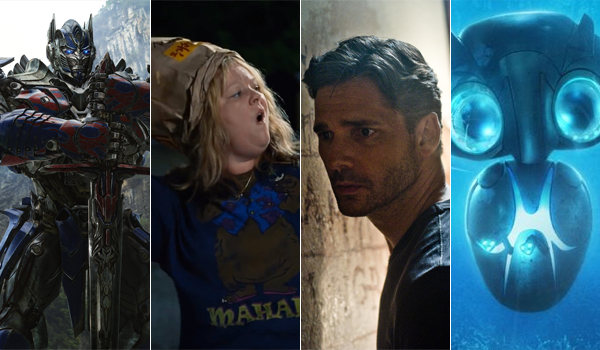 Warner's Tammy held steady in second place with $2.45 million. The Melissa McCarthy comedy vehicle fell 4 percent from Wednesday and 56 percent from last Thursday. Tammy took second place for the week with $32.71 million and has grossed a very solid $44.44 million in nine days (especially with its modest price tag in mind). Tammy is currently running 44 percent behind the $79.39 million nine-day start of last year's The Heat (which opened on a Friday).

It continued to be a very tight race for places third through sixth on Thursday, with only $325,235 separating third place from sixth place. How to Train Your Dragon 2 took in $1.33 million to remain in third. The 3D computer animated sequel from Fox and DreamWorks Animation was down 4 percent from Wednesday and down 46 percent from last Thursday. How to Train Your Dragon 2 placed in fourth for the week with $14.95 million. That represented a 34 percent decline and brings the film's four-week total to $146.20 million.

Sony's 22 Jump Street finished very closely behind in fourth with $1.32 million. The successful action comedy sequel trailed How to Train Your Dragon 2 by a very slim $6,956 for the day. 22 Jump Street was down 4 percent from Wednesday and down 47 percent from last Thursday. The film placed in third for the week with $15.79 million. That was a 37 percent decline from the previous frame and brings the film's 28-day total to an impressive $165.26 million.

Earth to Echo rounded out the day's top five with $1.26 million. The adventure family film from Relativity fell 3 percent from Wednesday and 51 percent from last Thursday. Earth to Echo placed in sixth for the week with $13.89 million and has grossed a respectable $19.10 million in nine days, due in part to relatively stronger midweek business than weekend business thus far.

Tags: north-america, Deliver Us from Evil, Earth to Echo, 22 Jump Street, How to Train Your Dragon 2, Tammy, Transformers: Age of Extinction