NORTH AMERICA: Weekend Actuals: 'Dawn of the Planet of the Apes' Conquers the Box Office with $72.6M Debut 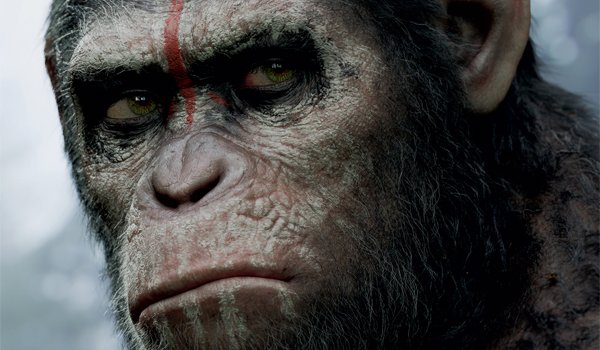 Dawn of the Planet of the Apes opened with $27.65 million on Friday (which included an estimated $4.1 million from late night shows on Thursday), fell 8 percent on Saturday to take in $25.50 million and declined 24 percent on Sunday to gross $19.47 million. That placed the film's opening weekend to Friday ratio at an encouraging 2.63 to 1. Dawn of the Planet of the Apes received a solid A- rating on CinemaScore, which is also an encouraging sign. Going forward, the film will hope to follow in the footsteps of Rise of the Planet of the Apes, which held up very nicely back in 2011 (that film registered a total gross to opening weekend ratio of 3.23 to 1).

After topping the box office for the past two weeks; Transformers: Age of Extinction fell to second this weekend with $16.30 million. The fourth installment of Paramount's blockbuster sci-fi action franchise fell a sharp 56 percent, as it took a clear hit from the arrival of Dawn of the Planet of the Apes in the marketplace this weekend. Transformers: Age of Extinction surpassed the $200 million mark this weekend and has grossed $208.83 million through 17 days of release. While that is in line with the lower end of expectations, it also places the film a significant 27.5 percent behind the $287.87 million 17-day take of 2011's Transformers: Dark of the Moon.

Warner's Tammy was down one spot from last weekend to claim third with $12.56 million. The Melissa McCarthy comedy vehicle was down a solid 42 percent, though it should also be noted that last weekend's performance was deflated a bit by the film's Wednesday opening. Tammy continues to perform well (especially with its modest price tag in mind) with a twelve-day take of $56.999 million. That places the film 38.5 percent behind the $92.64 million twelve-day take of last year's The Heat. Tammy will face new direct competition next weekend when Sony releases fellow comedy Sex Tape on Friday.

Upon expanding into moderate release, The Weinstein Company's Begin Again placed in ninth with $2.82 million. The John Carney directed film starring Keira Knightley and Mark Ruffalo averaged a respectable $3,004 for the frame from 939 locations. The 17-day total for Begin Again stands at $5.17 million.

On the platform front, IFC Films' Boyhood was off to a very strong start with $387,618 from five locations in New York and Los Angeles. That gave the critically acclaimed Richard Linklater directed film an impressive per-location average of $77,524. That represented the second highest per-screen average of 2014 thus far for a platform launch (behind only The Grand Budapest Hotel). Boyhood will expand into additional locations next weekend.

Tags: Boyhood, Begin Again, Deliver Us from Evil, Earth to Echo, How to Train Your Dragon 2, 22 Jump Street, Tammy, Transformers: Age of Extinction, Dawn of the Planet of the Apes, north-america