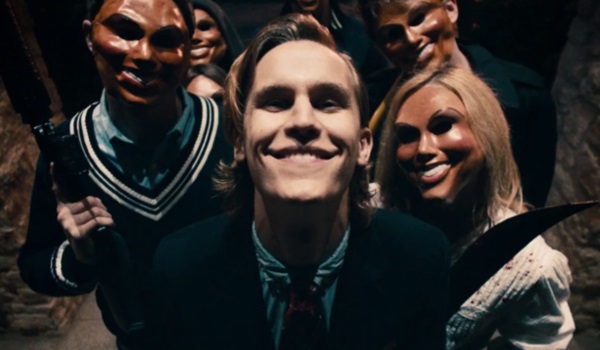 Tuesday Morning Update: The Purge: Anarchy began its week with 9,365 tweets, easily taking the top spot amongst this weekend's upcoming openers. The film is hoping to resonate with horror fans and hopes to relive the successes of the first film which opened to $34 million last June. The first film was a social media darling with its thought-provoking premise sparking a lot of debate amongst moviegoers and beyond. Indeed, The Purge had over 60,000 tweets its Monday before release, not really in the same ballpark. Still that alone doesn't tell the full story about the sequel's potential as it has fans of the original to look forward to along with a market ripe for the picking for the genre as there have been arguably no breakouts here for the entire year with no horror film surpassing the $20 million mark. Other notable tallies this year include: Paranormal Activity: The Marked Ones which had 5,214 tweets its Monday before release, Oculus with 7,791 and Deliver Us From Evil with 4,768. I think this easily should break $20 million but I have serious doubts of it getting close to matching the opening take of the original.

Sex Tape was a distant 2nd with 2,475 tweets on the day, a hefty 160% increase from just under 1,000 on Sunday. This film is a bit of a pain to track as its name is somewhat of a nightmare to narrow down tweets for outside of its hashtag. Generally for films with very generic names if you tack on "movie" to the string you have a string that is very limited but at least a decent representation, but of course "sex tape movie" is also very generic so we have to rely on other qualifiers here such as the film's stars to narrow down tweets which of course exclude a large number of tweets. Still, even with this limitation its 2,475 tweets was not that far off of the 3,262 that The Other Woman posted back in April and a solid sign for its potential. Diaz and Segal are both no strangers to the R-rated comedic genre and will be looking to their fan base to flame the fire here. It could potentially be a close race between this and The Purge: Anarchy as I also expect this to surpass the $20 million mark with decent room for upside.

Lastly, Planes: Fire And Rescue looks to entice family audiences on the weekend and pick up where How To Train Your Dragon 2 left off with the demographic. The first film had 2,060 tweets its Monday before release though, and that is a bit of a red flag here as animated sequels have a tendency to drop in opening from their predecessors regardless of how well they were received. I'm not ready to write it off yet but unless it can show some strong increases over the next couple days there is going to be no way to replicates the $22 million opening of the first film.