'Lucy' Out To Humble 'Hercules' 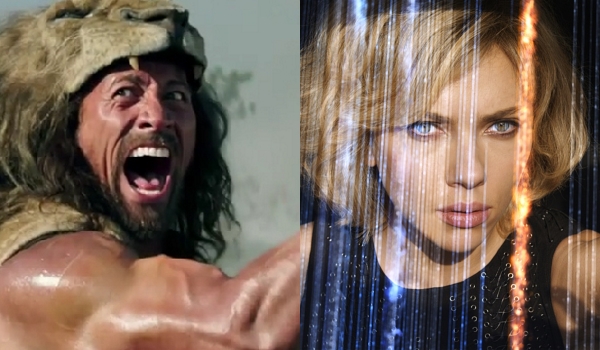 Thursday Morning Update: Lucy had a solid 22% bump to 6,142 tweets on Wednesday, up from 5,038 on Tuesday. In addition, its 938k fans on Facebook by the end of the day make it one of the most liked original concepts of the last 5 years. This staves off any doubts I was having about it yesterday and really sets a path towards a very strong opening. By comparison, 3 Days To Kill had 1,293 tweets and 78,489 likes its Wednesday before release, Hanna had 1,060 tweets and 60,774 likes, Transcendence had 4,252 tweets and 157,532 like, and Edge Of Tomorrow which had 14,541 and 410,380 likes. Looking to Facebook is something I have tried to incorporate more into my commentary in recent times and it seems especially applicable for films such as this with common titles which are difficult to track on Twitter. Overall its numbers are very strong, especially on Facebook and we believe that it will ride this all the way to $38 million on the weekend, thus becoming one of the biggest successes of the Summer. With a budget of only $40 million and strong oversea potential this has a shot at turning a serious profit in the months to come. Though critically acclaimed, director Luc Besson has never had a break out success while he has been behind the camera with his previous best opening and total being $17 million / $64 million for The Fifth Element. Lucy is about to redefine his financial successes as a director.

Hercules finally showed an increase as it rose 27% to 11,016 tweets on Wednesday, up from 8,648 tweets on Tuesday and breaking a string of two successive days of decline to begin its release week. By comparison, The Legend Of Hercules had 1,330 tweets and 628,678 likes its Wednesday before release, Pompeii had 3,091 tweets and 150,997 likes, while 300: Rise OF An Empire had 9,533 tweets and 11.4 million likes (yes they piggy-backed off the page from the first movie so had a huge head start). While it has the weight of The Rock, Brett Ratner, and $110 million in budget under its belt it hasn't managed to really take off via social media as I would have expected for a Summer blockbuster tent pole. We are predicting $21 million for it over the weekend which, though much better than Legend Of Hercules and Pompeii, has got to go down as one of the bigger disappointments of the Summer.