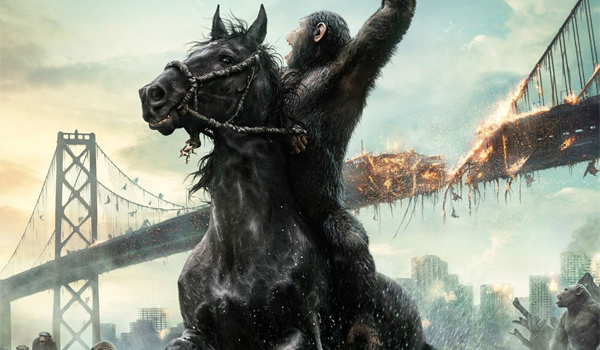 Transformers: Age of Extinction is well on its way to the Billion Dollar club. The lastest instalment in Michael Bay's Transformers saga grossed $37.5 million from its fifth weekend overseas, taking its total outside of North America to $730 million. The stellar overseas performane puts the film at $963.3 million globally. Nearly a third of the film's global haul has come from China alone, whereAge of Extinction's box office performance is well ahead its North American equivalent, currently reporting a $301 million cume.

Hercules rolled out overseas with a $28.7 million haul from 20 territories, including a $2 million take from IMAX screenings. The film dominated the Russian box office with a strong $12 million debbut from 930 locations. The stellar bow is 23% above star Dwayne "The Rock" Johnson's G.I. Joe: Retaliation in the same market and the biggest opening weekend for a The Rock vehicle of all time in Russia. The film's $29 million opening in North America puts its global cume at $57.7 million.

How To Train Your Dragon 2 collected $24 million over the weekend to take its overseas total to $260.2 million. The film has grossed $425.7 million globally with three key markets remaining on its schedule: Spain, Italy, and China.

Godzilla took a #1 debut in Japan with $6.95 million from 427 screens. The monster movie is just shy of the $300 million mark overseas and is set to pass the $500 million global mark on Monday.

Step Up: All In added $6.3 million from 13 new markets prior to its North American debut to reach an early overseas total of $18.6 million.

Disney's Maleficent crossed the $700 million global mark during the week and added another $5.2 million from 45 territories over the weekend to take its total outside of North America to $482.9 million. The film's staying power in Japan might give it a shot to reach the $500 million overseas milestone but it remains to be seen if the Angelina Jolie vehicle will be able to reach the mark. Maleficent has grossed $39.3 million in Japan, its third biggest overseas market behind a surprisingly strong run in Mexico ($46M) and overseas leader China ($47.6M). Maleficent has grossed $715 million worldwide as of Sunday.

Sex Tape recorded a $6.1 million weekend from 18 overseas markets to take its cume outside of North America to $10.2 million. A $2.6 million #3 debut in Russia led the charge this weekend as the film attempts to overshadow its poor North American run with a steady performance in key global markets. The raunchy comedy has grossed $36.6 million worldwide.

Planes: Fire and Resuce flew above the $50 million global mark this weekend after 30 overseas territories lifted the animated sequel to a $21 million cume outside of North America. The final global tally for the Planes sequel is $56.1 million.

The Fault in Our Stars earned $3.1 million overseas and reached an overseas total of $135 million. The drama has grossed $257.5 million worldwide.

22 Jump Street brought in $2 million from 46 territories this weekend to reach a $92.5 million total overseas. The film has grossed $278.8 million worldwide.