GLOBAL: 'Guardians of the Galaxy' Takes Off with $160.4M Debut 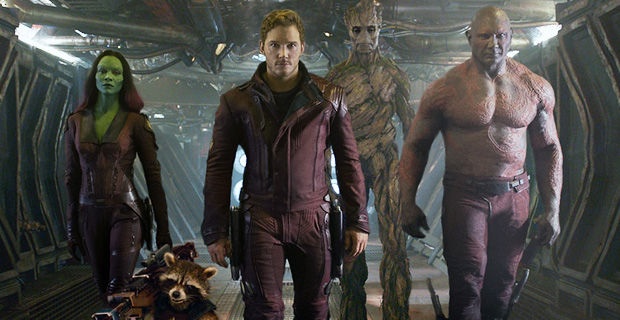 Guardians of the Galaxy takes off with a $160.4 million global haul from 42 overseas territories in its day-and-date debut. The Marvel film brought in $66.4 million of that figure from the overseas box office with Russia leading the foreign markets after a $13 million bow.

How to Train Your Dragon 2 caught another $20 million from 36 markets. The film has grossed a total of $296.7 million outside of North America and $475.2 million globally.

Transformers: Age of Extinction crossed the $1 billion mark globally after taking $19.1 million in its sixth weekend overseas. The film has now grossed a total of $763.8 million outside of North America and $1.004 billion globally.

The Purge: Anarchy took $8.1 million from 35 overseas territories to reach a cume of $19.3 million outside of North America. The film has grossed $82.2 million worldwide.

Step Up: All In is still on its feet overseas as it continues to drive in box office dollars ahead of its North American premiere. The dance film brought in $5.8 million from 25 markets in its latest frame. It has grossed $26.2 million overseas and worldwide.

Lucy rolled out overseas with a $5.1 million haul from 4 territories. The action film has grossed $84.6 million worldwide.

Sex Tape uncovered $4.2 million from 26 markets and reached an overseas total of $17.8 million. The raunchy comedy has struggled at the box office and is currently reporting a $51.7 million global haul.

Planes: Fire and Rescue landed another $3.5 million from 30 markets. The Disney animated sequel has grossed a total of $30 million overseas and $77.6 million worldwide.

The Fault in Our Stars added $2 million from 23 markets. The film has grossed $140 million overseas and $263.3 million worldwide.