NORTH AMERICA: 'Guardians of the Galaxy' Rockets Past the $100M Mark on Monday 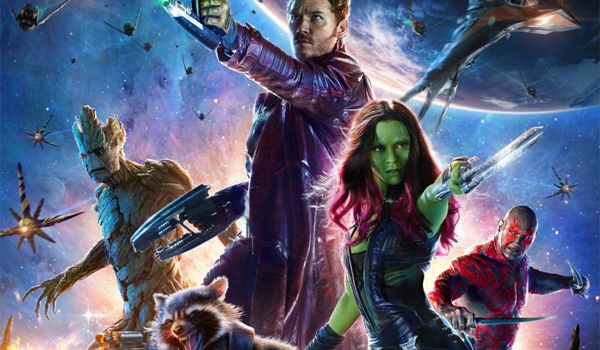 Universal's Lucy placed in a distant second with $2.32 million. The modestly budgeted sci-fi action film starring Scarlett Johansson was down 57 percent from Sunday and down 53 percent from last Monday. Lucy surpassed the $80 million domestic mark on Monday and continues to exceed expectations with a strong eleven-day take of $81.86 million. That places the film 11 percent ahead of the $73.64 million eleven-day take of 2010's Salt.

Hercules claimed third place on Monday with $1.42 million. The Dwayne Johnson led 3D action-adventure film from Paramount and MGM fell 59 percent from Sunday and a sharp 57 percent from last Monday. Hercules continues to outpace its relatively modest pre-release expectations with $54.08 million in eleven days. However, the film also continues to display signs of significant front-loading.

Universal's Get on Up landed in fourth with $1.25 million. The James Brown biopic starring Chadwick Boseman was down a troubling 65 percent from Sunday, which represented the day's poorest daily hold among wide releases. Get on Up has grossed a softer than expected $14.83 million in its first four days. Given what looks to be relatively soft midweek business based on Monday's hold, the film's hold this upcoming weekend will now be even more important.

Fox's Dawn of the Planet of the Apes rounded out the day's top five with $1.14 million. The critically acclaimed 3D sci-fi action sequel was down 58 percent from Sunday and down 48 percent from last Monday. Dawn of the Planet of the Apes continues to exceed expectations with a 25-day take of $190.46 million. That leaves the film just $9.54 million away from reaching the $200 million domestic milestone.

Tags: north-america, Dawn of the Planet of the Apes, Get on Up, Hercules, Lucy, Guardians of the Galaxy