'If I Stay' Making Waves 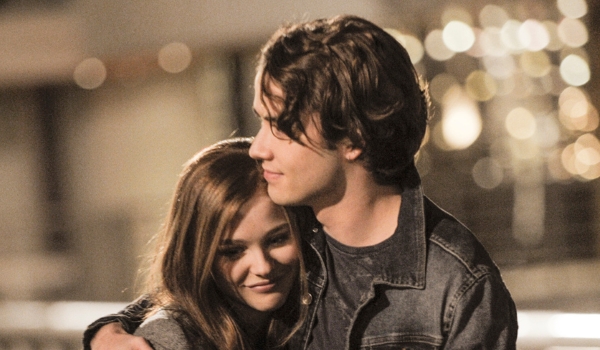 Tuesday Morning Update: If I Stay led all films on Monday with a massive 61,407 tweets, up from 27,402 tweets on Sunday and giving it one of the largest pre-release tweet days of the entire month of August. In addition its Facebbook like count is over 800,000 which is a very hefty number indeed. The film is aiming squarely at the same teen girl-centric demographic that The Fault In Our Stars capitalized on earlier in the Summer. Stars had 190,400 tweets and just over 3.5 million likes its Monday before release while The Mortal Instruments: City Of Bones had 1,840 tweets and 739,753 likes. It is the clear-cut favourite to win the weekend as of now but I don't see a massive breakout like Fault In Our Stars; $20 million range should be possible.

Frank Miller's Sin City: A Dame To Kill For was a distant second amongst the new openers with 1,900 tweets on the day. Pretty ordinary number to be honest and with its franchise Facebook page having only 985k likes despite being in existence for over 10 years I'm not too optimistic about its potential. By comparison: 300: Rise Of An Empire had 6,507 tweets its Monday before release. The original opened to $29 million way back in April of 2005 before the creation of Twitter and when Facebook was in its infancy but I remember the buzz surrounding its highly stylized visuals and star studded cast created a lot of buzz in movie forums and articles at the time. 9 years later a lot of that seems to be missing and at this rate it might be lucky to hit mid-teens.

When The Game Stands Tall had 1,829 tweets and just over 150k likes on Monday, meaning that it grabbed last spot amongst the new openers. Sports films such as this will do best with older male audiences who often aren't captured well via Twitter and Facebook so this isn't necessarily a kiss of death. By comparison, Draft Day had 1,094 tweets and 71,754 likes its Monday before release while Trouble With The Curve had 1,199 tweets and 58,953 likes. The numbers actually are quite strong here in light of my comparisons and as such I believe teen millions and a head to head battle with Sin City 2 could be on the cards over the weekend for second spot amongst the new openers.

Tags: social-media-trends, If I Stay, Frank Miller's Sin City: A Dame To Kill For, When The Game Stands Tall