'If I Stay' Maintains Healthy Lead 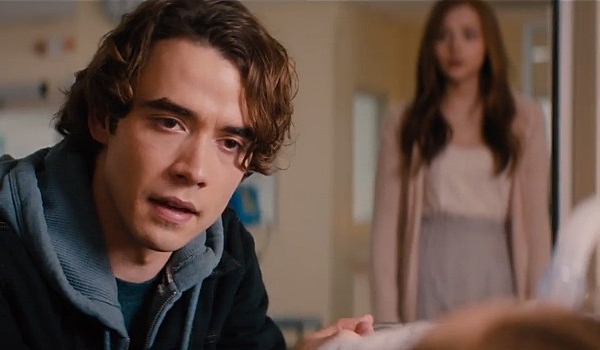 Wednesday Morning Update: Despite a slight decline of 8%, If I Stay continued its gaudy totals on Tuesday as it captured a further 56,237 tweets. Facebbook likes rose over 45k on Tuesday as well to 855,591 which was a strong sign as well. By comparison, The Fault In Our Stars had 165,878 tweets (it also fell from its Monday a similar 13%) and just over 3.65 million likes its Tuesday before release while The Mortal Instruments: City Of Bones had 1,712 tweets and 741,213 likes. While the tweet totals are far superior, the Facebook similarity to Mortal Instruments (and indeed how much it is lagging behind Divergent) leaves me a little weary about its chances. Twitter has been known to explode for the teen girl demographic and not have it translate to earnings (see Endless Love earlier this year). I still think it looks primed to lead the newcomers but I would like to see it have a healthy Twitter bump tomorrow before locking it in.

Frank Miller's Sin City: A Dame To Kill For had a big increase of 100+% as it rose to 4,246 tweets on Tuesday, up from 1,900 tweets on Monday. By comparison: 300: Rise Of An Empire had 5,022 tweets its Tuesday before release. This is actually a very strong number for the film given its older male target audience. If my 300: Rise OF An Empire comparison holds true the film should yield a tweet to box office ratio in the realm of ~2,500 which means this could potentially beat out my early expectations and open closer to $20 million than $10 million.

When The Game Stands Tall brought up the rear again with 2,147 tweets and 173k likes on Tuesday, up 17% from 1,829 tweets and just over 150k likes on Monday. By comparison, Draft Day had 1,677 tweets and 74,557 likes its Tuesday before release while Trouble With The Curve had 1,759 tweets and 68,251 likes. Solid numbers yet again for the film which looks like a strong candidate for low to mid teen millions.

Tags: When The Game Stands Tall, Frank Miller's Sin City: A Dame To Kill For, If I Stay, social-media-trends