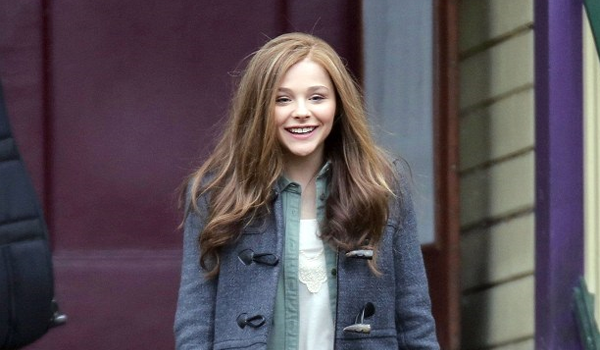 LOS ANGELES - August 21, 2014 - According to Fandango, the nation's leading moviegoer destination, the Chloe Grace Moretz romantic drama, "If I Stay," tops the company's Fanticipation movie buzz indicator this week, scoring a strong 75 out of 100 points. The film has also led Fandango's weekend ticket sales since Monday, and is currently outpacing the Nicholas Sparks romance, "The Lucky One," starring Zac Efron, at the same point in that film's sales cycle on Fandango.

Fandango surveyed more than 1,000 "If I Stay" ticket-buyers on its site and found that:
· 84% are familiar with the novel by Gayle Forman;

· 82% already hope to see the book's sequel, "Where She Went," adapted for the screen;

"'If I Stay' is that young adult movie rarity," says Fandango correspondent Tara McNamara. "Like ‘The Fault in Our Stars,' it's a heart-wrenching romance portraying a teenager with an amazing connection to her parents, and its wide-ranging appeal is translating into top weekend ticket sales." Tara breaks down the film for parents on Fandango's movie recommendation show, "Mom's Movie Minute," concluding that the movie is most appropriate for kids "ages 15 and up." The full episode can be seen at http://www.fandango.com/video-galleries/moms-movie-minute/92.

As a special gift-with-purchase, "If I Stay" ticket-buyers on Fandango will receive two free song downloads from the film's soundtrack with their ticket purchase. For more details, see http://www.fandango.com/ifistay_171309/movieoverview.

Tags: If I Stay, Fandango, north-america