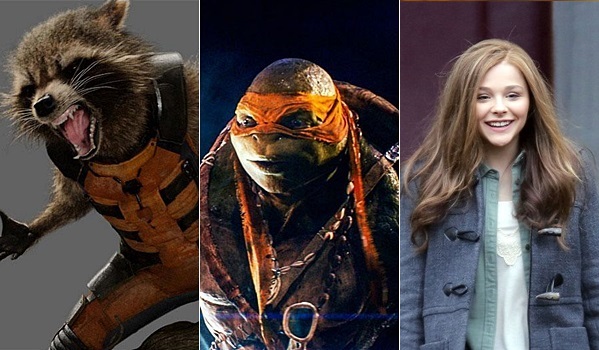 Teenage Mutant Ninja Turtles claimed second place with $1.29 million. Paramount's successful franchise re-launch fell 74 percent from Sunday and 54 percent from last Monday. Grosses in general were down significantly from last Monday, as the end of the summer season approaches closer. Teenage Mutant Ninja Turtles continues to exceed expectations in a big way with $146.83 million through 18 days of release. That leaves the film just $3.17 million away from reaching the $150 million domestic milestone.

Warner's If I Stay placed in third with $1.27 million. The low-budget drama starring Chloë Grace Moretz fell 61 percent from Sunday, which represented one of the day's stronger daily percentage holds among wide releases. If I Stay continues to perform towards the lower end of pre-release expectations with a four-day start of $16.95 million. That places the film a slim 1 percent behind the $17.17 million four-day start of last year's Carrie.

Let's Be Cops followed in fourth place with $1.03 million. Fox's low-budget action-comedy fell 65 percent from Sunday and a significant 51 percent from last Monday. Let's Be Cops has grossed a very solid $46.09 million through 13 days of release, especially with its price tag in mind. The film is currently running 21 percent behind the recent $58.59 million 13-day take of Tammy.

The Weinstein Company's Sin City: A Dame to Kill For rounded out the day's top five with $0.616 million. While the graphic novel adaptation sequel was down just 60 percent from Sunday, in the larger picture the film continues to disappoint in a very big way with a four-day start of only $6.93 million. That is well below all expectations and is 78 percent softer than the $31.12 million four-day take of 2005's Sin City.

Tags: When the Game Stands Tall, Sin City: A Dame to Kill For, Let's Be Cops, If I Stay, Teenage Mutant Ninja Turtles, Guardians of the Galaxy, north-america