NORTH AMERICA: 'Guardians of the Galaxy' Takes in $1.39M on Tuesday to Remain in First Place 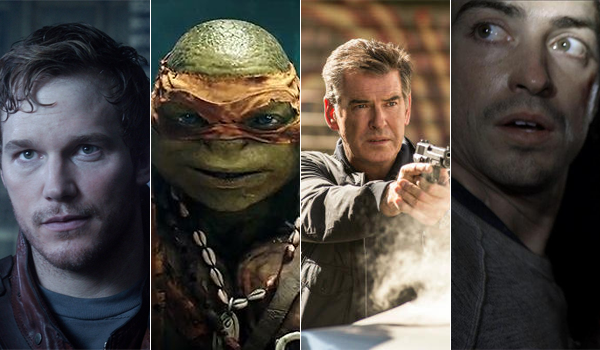 The November Man claimed third place with $0.861 million. Relativity's action thriller starring Pierce Brosnan was down 62 percent from Monday, which represented one of the day's stronger daily percentage holds among wide releases. The November Man has grossed $12.63 million in seven days. That is in line with pre-release expectations and places the film 19.5 percent behind the $15.69 million seven-day start of 2011's The Debt.

Let's Be Cops took fourth place with $0.722 million. Fox's low-budget action comedy was down 65 percent from Monday and down a respectable 45 percent from last Tuesday. Let's Be Cops surpassed the $60 million mark on Tuesday and has grossed a very solid $60.22 million in 21 days.

Warner's If I Stay rounded out the day's top five with $0.711 million. The low-budget drama starring Chloë Grace Moretz was down 71 percent from Monday and down 54 percent from last Tuesday. If I Stay has grossed $33.04 million in twelve days. The film continues to perform well given its modest price tag and is running 21 percent ahead of the $27.21 million twelve-day take of last year's Carrie.

Universal's As Above/So Below landed in sixth on Tuesday with $0.672 million. The low-budget horror film was down 59 percent from Monday, which represented one of the day's stronger daily holds among wide releases. As Above/So Below has grossed $10.96 million in five days. That is on the low end of expectations and places the film 3 percent behind the $11.31 million five-day start of 2011's Apollo 18.

Tags: As Above/So Below, If I Stay, Let's Be Cops, The November Man, Teenage Mutant Ninja Turtles, Guardians of the Galaxy, north-america