'No Good Deed' Has Impressive Start To The Week 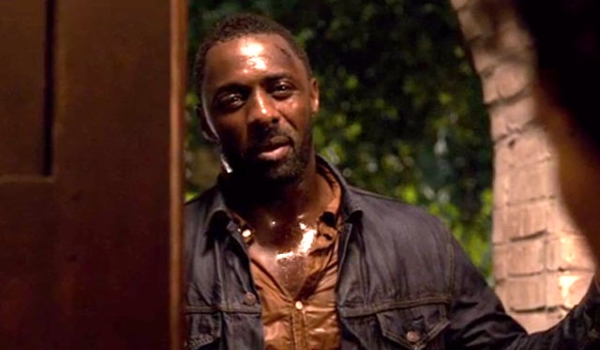 Tuesday Morning Update: No Good Deed had a surprisingly strong start to its release week as it raked in 12,554 tweets on Monday, a 40% hike from 8,951 tweets on Sunday. Its Facebook tally of 342k likes also is eye-opening, especially for an early September release. Idris Elba's profile has been on a dramatic rise over the better part of the last decade. There was no huge rush to stardom, instead he has grinded his way upwards, primarily as a character actor and part of a wider ensemble of recognized stars. This marks only his second lead role in a wide release film after Tyler Perry's Daddy's Little Girls seven years ago. Its true that film had the Tyler Perry name behind it (it opened to just over $11 million), but Elba is a much more recognizable star now in North America and with a very dry market this has the potential to stand out. By comparison, The Call had 1,307 tweets its Monday before release and  167,956 likes, and Straw Dogs had 694 tweets and 118,421 likes. The tweets and likes here for No Good Deed are very promising, and really anything even close to $10 million would have to be seen as a win for the film given the slow box office and undoubtedly modest budget.

Dolphin Tale 2 rounds out the new openers for the weekend as it began with 4,242 tweets and 403,456 likes on Monday. It is reusing the Facebook page from the first film like most sequels so it had a massive head start (the page had 315k likes at the beginning of 2014, so not that much of it can be attributed to the sequel yet). Like the first film it is hoping to connect with family audiences, specifically Christian family audiences as it has made a concerted push to market to that particular demographic which has proven to be box office gold over the last few years. By comparison, Dolphin Tale had 1,567 tweets three years ago on its Monday before release and 78,531 Facebook likes. This is definitely a strong beginning for the film but like Free Willy before it a sequel to a surprise family hit often has difficulty walking in its predecessors shoes. The first film opened to $19 million which is a hefty number and one I'm not so sure this has in it, but at the very least it should have enough gas in the tank to best No Good Deed and walk away with the weekend crown, something that eluded the first film in its opening frame.