NORTH AMERICA: 'Guardians of the Galaxy' Leads with $0.722M on Monday as It Inches Closer to $300M 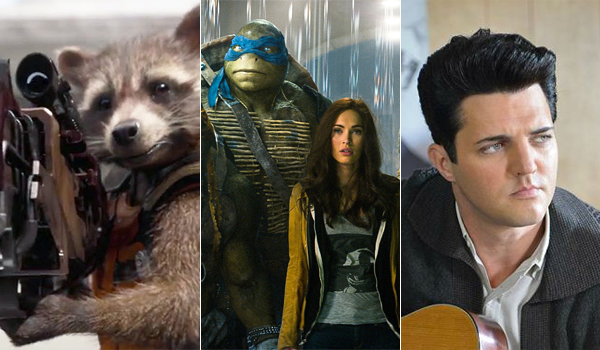 Let's Be Cops placed in second for the day with $0.437 million. Fox's low-budget action comedy fell 68 percent from Sunday and 79 percent from last Monday. The 27-day total for Let's Be Cops stands at a very solid $67.20 million. Let's Be Cops continues to be aided from strong word of mouth and from the current lack of new comedies in the marketplace.

The November Man claimed third with $0.388 million. Relativity's action thriller starring Pierce Brosnan was down just 63 percent from Sunday and down 82 percent from last Monday. The November Man has grossed $18.37 million in 13 days, which is in line with the film's modest expectations.

If I Stay followed closely behind in sixth with $0.308 million. Warner's low-budget drama was down 76 percent from Sunday and down 88 percent from last Monday. If I Stay has grossed a very solid $39.78 million in 18 days and is set to surpass the $40 million mark today.

Tags: north-america, If I Stay, As Above/So Below, Teenage Mutant Ninja Turtles, The November Man, Let's Be Cops, Guardians of the Galaxy