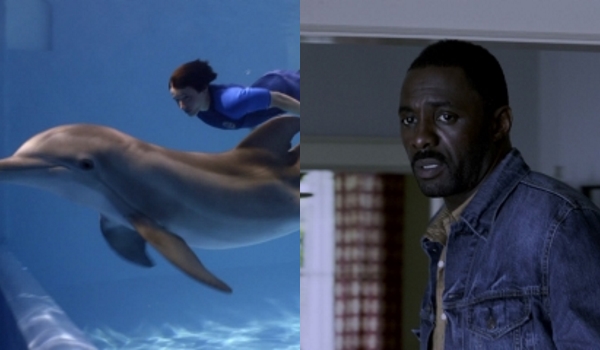 Thursday Morning Update: No Good Deed stepped on the gas again Wednesday as it rose 2% to 11,086 tweets on the day. More impressively, its Facebook number rose to 355,346 likes on the day, up from 349,186 likes on Tuesday. To put its Facebook numbers in perspective a little, it has added more likes on Facebook in the last two weeks than Dolphin Tale 2 has for the entire year. By comparison, The Call had 1,986 tweets its Wednesday before release and 168,675 likes, while Straw Dogs had 1,515 tweets and 123,218 likes. Its social media numbers are truly stellar given the source material and release date - to put it into perspective, it now ranks as the second most discussed September movie in the past 6 years (behind Insidious Chapter 2).Idris Elba et al should be able to rake in $19 million by Sunday which would  give it the crown on the weekend and mark a big win for Screen Gems.

Dolphin Tale 2 also was back in the black on Wednesday as it rose 106% to 5,486 tweets (it had only 2,658 on Tuesday). Its slow Facebook expansion continued though as it inched to 408k likes, up from 406k the day before.  By comparison, Dolphin Tale had 1,641 tweets its Wednesday before release. I am still a bit concerned with the number of spam and garbage tweets being picked up but I believe that even without them it would still have a healthy lead on the first film's tally. While it might not match the opening of its predecessor we are  predicting $17 million on the weekend which will still be a very positive start.