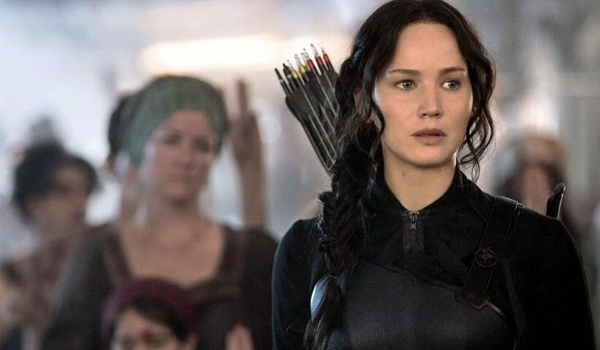 LOS ANGELES - September 15, 2014 - Coinciding with the conclusion of the Toronto International Film Festival, Fandango asked film fans which movies they're most looking forward to seeing on the big screen from September through November. More than 1,000 fans were surveyed on Fandango and Lionsgate's "The Hunger Games: Mockingjay - Part 1" was the clear winner. "Mockingjay" debuts in theaters on November 21, and advance tickets will be available for purchase on Fandango on October 29.

"It is no surprise that ‘Mockingjay' is the clear winner this fall, as ‘Catching Fire' was such a crowd-pleaser," said Dave Karger, Chief Correspondent for Fandango. "With the ‘Catching Fire' cast and director all returning to the franchise, plus the addition of Julianne Moore, the penultimate ‘Hunger Games' film promises to continue the franchise in electrifying fashion."

Karger added, "‘Gone Girl's' high ranking makes it clear that moviegoers are excited to see the characters from Gillian Flynn's blockbuster novel on the big screen, and the return of Ben Affleck, who is poised for another major moment this fall. ‘Interstellar' in third place shows that there is no end to the McConaissance and that fans of director Christopher Nolan cannot wait to see his next grand-scale production."

About Fandango
Fandango, the nation's leading moviegoer destination and a unit of NBCUniversal, sells tickets to more than 24,000 screens nationwide. Fandango entertains and informs consumers with reviews, commentary, celebrity interviews and trailers, and offers the ability to quickly select a film, plan where and when to see it, and conveniently buy tickets in advance. For many theaters, fans can print their tickets at home or receive them as a paperless Mobile Ticket on their smartphones. Fandango's top-ranking movie ticketing apps, with more than 42 million downloads, are available on the iPhone and iPad, Android, and many other platforms. Fandango is enjoyed by more than 30 million online and mobile visitors each month, according to comScore. Film fans also find Fandango on Facebook at www.facebook.com/fandango and on Twitter @Fandango.