'Maze Runner' Comfortably In The Lead 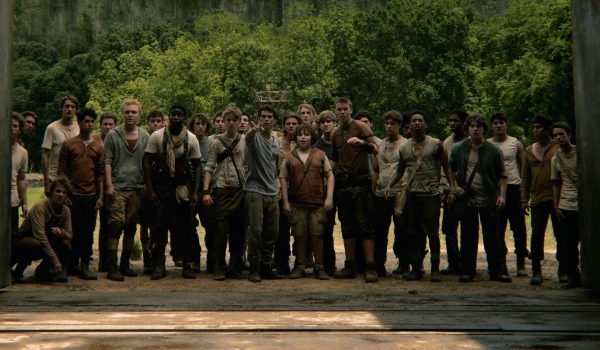 Tuesday Morning Update: The Maze Runner continued to impress via its social media channels on Monday as it raked in 14,059 tweets and 811,405 likes. The film is based on the best selling novel of the same name by James Dashner and hopes to successfully make the jump from print to big screen. While not on the same level in terms of book sales as more illustrious young adult adaptations like The Hunger Games and Divergent it has truly generated quite a splash on social media which is heartening to see. Couple that with its largely positive reviews so far and you have a recipe for success. By comparison, The Hunger Games had 34,476 tweets and 2,993,535 likes its Monday before release, Divergent had 54,315 tweets and 1,045,600 likes, while just last month The Giver had 7,627 tweets and ~370,000 likes. This looks to be the clear favourite to walk away with the weekend crown given its competitors, something of a rare feat for the young adult genre which has seen so very many failures over the last five years compared to victories. $20 million looks to be a lock with $30 million a distinct possibility.

This Is Where I Leave You had 1,857 tweets on Monday, almost triple the 669 tweets it put up on Sunday, while Facebook had a decent 203,857 likes. It should skew to older female audiences looking to get away from the action provided by the other two alternatives on the weekend. By comparison, The Other Woman had 3,262 tweets and 140,313 likes, while The Internship had 3,430 tweets and 231,775 likes. Solid numbers thus far should ensure that it has a shot at teen millions I believe though I don’t see it approaching anywhere close to Maze Runner for top spot unless it really steps on the gas over the next couple days (seems unlikely given its pattern over the last couple weeks).

A Walk Among The Tombstones brought up the rear amongst new openers with just 715 tweets on Monday, up 67% from Sunday’s 427. Facebook had a very strong 277,552 likes.  The film is aiming to provide a counter-programming alternative to older audiences who are not drawn to The Maze Runner. Liam Neeson has proven to be a very bankable star in this type of action/thriller, a genre reinvigorated by his Taken back in 2009. Since that time he has enjoyed the most financially successful patch in his illustrious career. By comparison, Non-Stop had 2,544 tweets and 377,317 likes its Monday before release, while Prisoners had 394 tweets and 98,306 likes. Unlike recent Neeson hits the social media footprint is pretty light here and while this is not uncommon for films that skew to older adults I have a hard time seeing it challenge for the top spot given its current levels.

Tags: social-media-trends, A Walk Among The Tombstones, the maze runner