'Maze Runner' Not Looking Back 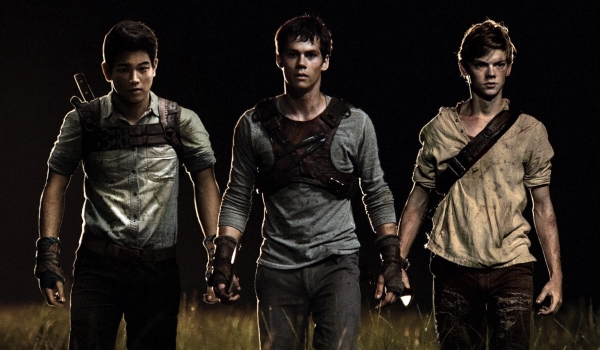 Wednesday Morning Update: The Maze Runner continued to lead the pack on Tuesday despite dropping 12% to 12,375 tweets. Facebook on the other hand had a very hefty increase of 25k+ to 837k likes. By comparison, The Hunger Games had 37,820 tweets and 3,054,892 likes its Tuesday before release, Divergent had 75,277 tweets and 1,060,953 likes, while The Giver had 6,777 tweets and 374,863 likes. While its Twitter numbers are nothing extraordinary its Facebook tallies are hard to ignore and really point to  a strong beginning.

A Walk Among The Tombstones had a strong increase on Tuesday of 230% to 2,366 tweets while Facebook also somewhat less encouraging with a sub 1% rise to 278,342 likes. By comparison, Non-Stop had 3,895 tweets and 384,224 likes its Tuesday before release, while Prisoners had 471 tweets and 98,890 likes. The film is lagging notably to recent Neeson thrillers and while I have it a ways above Prisoners its important to note that because of the latter's very common name a more restrictive search string had to be employed to weed out unrelated tweets and served as a limiter to its numbers (in fact Non-Stop also employed quite a restrictive string and still handily beat out Tombstones too). I see a decent opening here of low to mid double figures but nothing approaching $20 million given these signs.

This Is Where I Leave You had a 7% fall to 1,727 tweets on Tuesday, down from 1,857 tweets on Monday, while Facebook grew to 206,409 likes, up from 203,857 likes the day before. By comparison, The Other Woman had 9,149 tweets and 147,093 likes its Tuesday before release, while The Internship had 4,971 tweets and 247,638 likes. The dwindling tweet totals are somewhat of a worry as is the lag between its Facebook likes and director Shawn Levy's last film The Internship. Double digits still look to be assured but as of right now I'd say it looks to be bringing up the rear amongst the new openers once the weekend dollars are tallied.

Tags: The Maze runner, A Walk Among The Tombstones, social-media-trends, This Is Where I Leave You