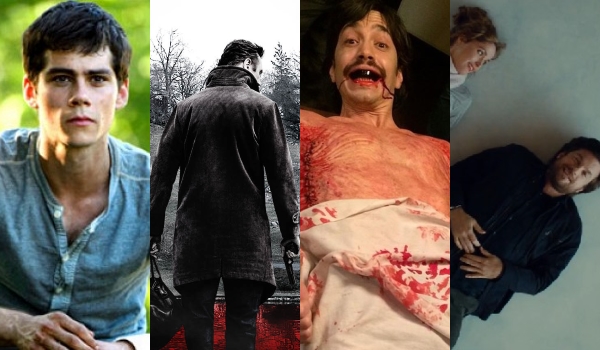 Thursday Morning Update: The Maze Runner took it easy again on Wednesday as it fell 8 tweets from its Tuesday tally of 12,375 tweets - not very inspiring as face value. Facebook continued to impress though as it rose by over 30k to 865k likes. While its Twitter numbers have not increased much on the week its still good to see a film which is based off a young adult novel generate the type of awareness to rake in over 10,000 tweets each day. The timing is right here for the film I believe and we here at Box Office have it pegged to open with $37 million and easily walk away with the weekend crown.

A Walk Among The Tombstones fell 2% to 2,227 tweets on Tuesday, down from 2,366 tweets the day before while Facebook had another miniscule rise to 279,084 likes, up less than .5% from 278,342 likes. By comparison, Liam Neeson's last film Non-Stop had 3,235 tweets and 391,653 likes its Wednesday before release. We are predicting a $14 million start for the film on the weekend which will likely allow it to turn a profit after its worldwide dollars are counted, thereby giving Liam Neeson yet another win in a genre he has dominated in the past 5 years.

This Is Where I Leave You was the only new opener to see an increase on Wednesday as it rose 7% to 1,860 tweets, up from 1,727 tweets on Tuesday, while Facebook grew to 206,049 likes, up from 203,857 likes the day before. By comparison, director Shawn Levy's last film The Internship had 3,320 tweets and 261,380 likes on its Wednesday before release. Nothing special here at all to suggest breakout status, and while our predicted $11.5 million is a respectable total it would mark the lowest opening total of Levy's storied career.

Kevin Smith's Tusk has had a tough week on social media as it hasn't even bested 600 tweets on any day and its Facebook like total stand at under 50,000. I'm surprised they went with as wide release as they did with the film and might have been better off having a more limited release and letting word of mouth build. We are predicting $1.8 million for the film by the end of the weekend.

Tags: This Is Where I Leave You, social-media-trends, A Walk Among The Tombstones, The Maze runner