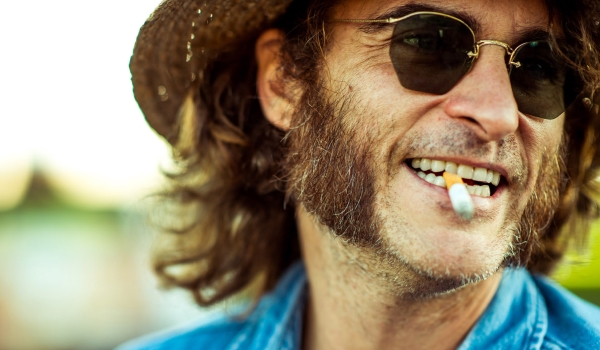 Inherent Vice dropped its first trailer and it has been a resounding success, grabbing over 10,000 tweets yesterday and so far today it is already at 7,700 with more than half the day to go. Its Facebook page is in its infancy and not even official yet so its not a good marker for buzz as yet. It was the biggest success on Twitter this week in terms of trailer buzz and after watching it its not hard to see why. Famed director, as star-studded a cast as you will find, and a quirky trailer to hook your interest. Director Paul Thomas Anderson's last film (The Master) also had Joaquin Phoenix in the lead role and generated largely positive reviews and feedback. This time out with an even more glamorous cast and marketing push I think it could just be this year's American Hustle. Speaking of which, American Hustle had 6,878 tweets for its first teaser trailer back in July of last year.

Jupiter Ascending dropped yet another trailer last Thursday which was met with 4,327 tweets, and then 7,047 on Friday. How does this stack up to the previous three trailers you might ask? Its teaser, first trailer and international trailer generated 12,498, 7,113 and 1,537 respectively so I suppose this could be seen as a win since the same levels of interest seem to be there despite almost a full year between its teaser trailer (early December 2013) and now. Good news is that Facebook has gone up 15% since the trailer debuted, and while its overall total is only 125k that is still a hefty tally considering its more than three months away. A lot of people are naturally holding this up to Cloud Atlas and wondering if it will suffer a similar fate of flopdom. However, the early predictions for massive flop again seem to be a bit premature as it is miles ahead in buzz of Atlas which had less than 5,000 likes on its Facebook page at the corresponding time before release (indeed many films don't have official Facebook pages this far from release, this only does because of the release date change), and its trailer tweet totals never even cracked 2,000.

Big Hero 6 released its second trailer last Thursday as well where it had 5,574 tweets and has seen a Facebook rise of 10% since to just over 176k likes. Its first trailer had 8,485 tweets in July, while its teaser in May was just over 8,800 tweets. Nothing to worry about as its pretty normal to have big drops with the second trailer in buzz. The film comparison of most interest that I can think of is Frozen which had ~280k likes the same distance before its release (I don't mention Twitter since its very common name meant a lot of filters had to be used to narrow down tweets which makes it not an apples to apples comparison). What I take from its numbers is that Disney has something special on their hands with Big Hero 6 and while it might not be as huge as Frozen was its going to be a very profitable entry into their catalog.

Blackhat debuted its first trailer last Thursday as well where it garnered 3,687 tweets, its official Facebook page is now getting off the ground so isn't much help at this point. The number isn't overwhelming at first glance but when you consider that Argo didn't even have 3,000 tweets for its first trailer it actually is pretty strong.

Lastly, The Wedding Ringer had just 1,405 tweets after its trailer dropped to make it the least talked about of the new trailers. In addition, while its overall Facebook like total is a healthy 200k, it only saw a 4k rise since its trailer on September 25th. Kevin Hart is one of the hottest stars in Hollywood so the lagging numbers here are a bit puzzling to say the least. Well, that is until you take a look at the numbers for Ride Along which had only 100k likes the same distance before its release and had its first trailer not break 1,000 tweets on Twitter. Safe to say that despite the lower numbers The Wedding Ringer looks set to extend Hart's streak of successes.