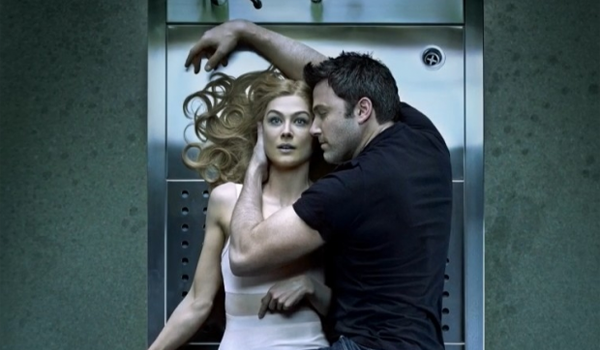 New Thriller Poised to Be One of The Biggest October Openings Ever, Pacing Similar to ‘Gravity' and Outselling Director David Fincher's and Ben Affleck's Previous Films on Fandango

LOS ANGELES - October 1, 2014 - According to Fandango, the nation's leading moviegoer destination, the new thriller "Gone Girl," based on Gillian Flynn's best-selling page-turner, is poised to be one of the biggest October openings in Fandango's 14-year history. Scoring a strong 89 out of 100 points on Fandango's Fanticipation movie buzz indicator, the film is pacing similarly to "Gravity" (which opened on October 4, 2013), and is outselling previous October releases, "Paranormal Activity 3," "Jackass 3D" and "Taken 2," at the same point in the sales cycle on Fandango.

"Gone Girl" is also outselling the previous films of star Ben Affleck (including his Oscar winner, "Argo," released in October 2012) and director David Fincher (including "The Social Network," "Panic Room" and "The Curious Case of Benjamin Button") at the same sales point on Fandango.

To support the gripping "Gone Girl" movie ticket sales, Fandango is offering a free eBook download of the #1 New York Times best-seller on NOOK reading apps, with a Fandango ticket purchase. The offer is valid through 9:00 AM PDT on October 6, while supplies last.

With diverse choices at the box office, "Gone Girl" represents 66% of Fandango weekend's ticket sales, as of Wednesday 2 PM EDT, while the horror thriller "Annabelle" and Nicolas Cage's faith-based "Left Behind" represents 13% and 8% of sales, respectively. "Annabelle" is outselling its predecessor, "The Conjuring," and the previous horror hits, "Insidious" and "The Purge," at the same point in the Fandango sales cycle.

According to an online survey of more than 1,000 "Gone Girl" ticket-buyers on Fandango:
*71% are fans of star Ben Affleck;
*64% have read the book by Gillian Flynn;
*55% are fans of director David Fincher.

"The much-anticipated movie of ‘Gone Girl' is as riveting as the book," says Fandango Chief Correspondent Dave Karger. "Its strong advance ticket sales are a testament to the power of Gillian Flynn's story and to the creative talent behind the production. In a real show of box office variety, ‘Annabelle,' the prequel to last year's horror smash, ‘The Conjuring,' is scaring up robust ticket sales, appealing to fright fans looking for pre-Halloween thrills."