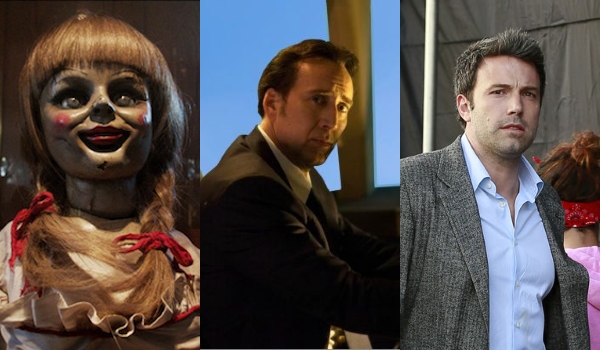 Thursday Morning Update: Annabelle has really taken Twitter and Facebook by storm in its release week with a whopping 155,801 tweets over the last three days and over 1.5 million Facebook likes. Horrors have had a light year at the box office, with none in the genre surpassing $20 million on opening weekend but that is all about to change as these numbers are indeed very strong, indicating that the film has done a great job at tapping into the horror demographic. By comparison, The Conjuring had just over 120,000 tweets over the same three days leading up to its release and just 250k Facebook likes. Now Annabelle is no doubt benefitting from the huge popularity of her predecessor which discounts some of its massive numbers but even with that in mind it looks destined to be the number one horror on the year so far. $27 million is our official prediction here at Box Office, and when you consider its production budget of just $5 million then this is going to be another massive win for James Wan and company.

Gone Girl has been tearing up the Twitter charts, accounting for 33,091 tweets over the last three days while its Facebook like total of 115k has been much more tempered. The film is appealing primarily to older audiences 35+ and as such the lofty heights of its Twitter numbers have been eye opening. By comparison, Argo had just under 8,000 tweets over the same period and just 55,598 likes on Facebook, This looks to be a massive success waiting to happen as Argo should be a very good marker for its potential. We are predicting $31 million for it on the weekend which (surprisingly enough) will be director David Fincher's top debut ever.

Last up is the Christian effort Left Behind which has also been turning heads online, especially on Facebook where it has amassed over 1.3 million likes. Its Twitter number is a much more muted 2,500 but with a pretty generic title it is a much more difficult film to narrow down relevant tweets for than either of the other new openers this week. 2014 has really been the year of the Christian film as there have been numerous big successes including Son Of God, Heaven Is For Real, and God's Not Dead as well as films which have been marketed hard directly to the Christian demographic and done well - Dolphin Tale 2 and When The Game Stands Tall. Nicolas Cage here obviously gives the film a much higher profile and is perhaps attracting others outside of its core demo which will only help its chances. The Facebook number here stands way above the rest I mentioned earlier but its Twitter numbers have lagged (Heaven Is For Real had 30k tweets over the same three day period and Son Of God had 11k). The film is a remake and based on a popular series of novels so it did a headstart on Facebook because of that I suppose. We are calling for $7 million for it on opening weekend.