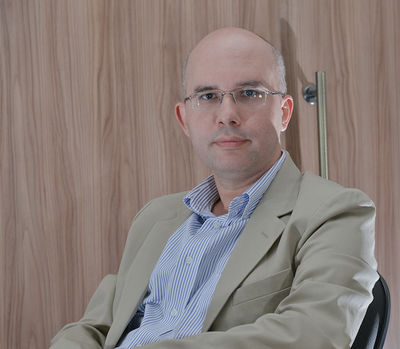 Marcelo Lima was born into the exhibition industry in his native Brazil. Now the CEO of Tonks, a company specializing in digital marketing for exhibitors that also publishes Exibidor, a trimester trade magazine for the Brazilian exhibition market, Lima is setting his sights on establishing the next major global convention in his home country. Expocine is scheduled for November 10 and 11 in Sao Paulo, bringing together the major players in Latin American exhibition. BoxOffice caught up with Lima to get an exclusive first look at the event.

I used to work at Centerplex Cinemas, a family company, so I've been working with cinemas since my childhood and have been able to build relationships with exhibitors and distributors alike. I decided to leave Centerplex to begin consulting for exhibitors-developing websites and software for clients. Through that experience I was able to establish good relationships with most of the major studios. Having the connections in place, we decided to launch a simple magazine where we could talk about the exhibition industry in Brazil. The publication took off, and we recognized a great opportunity to turn it into a true trade magazine for our industry. That's when we began branching out to international conventions-CinemaCon, CineEurope, CineAsia-to see how they worked and what we could learn from them. The magazine opened the doors for us to become better acquainted with all the vendors associated with the exhibition business: technology, seating, concessions, and so on. Our suppliers were really the ones who pushed us to set up something bigger and better in Brazil, and that's how the idea for our trade show, Expocine, came about.

A number of Latin American exhibitors attend trade shows in the United States. However, we also have a lot of exhibitors that don't have the money to book a ticket to Miami or Las Vegas and stay at a hotel there. Hosting the event in Brazil became an important priority for us for that very reason. There isn't anything like this in South America; while studios have the financial reach to market their films in the region, suppliers lack the same visibility to market their products. Expocine intends to bridge that gap. We want to bring all aspects of exhibition and distribution together under one roof right here in Latin America.

What can we look forward to at Expocine?

Something new for Brazil and Latin America. Exhibitors often only have access to film trailers when they attend one of the smaller conventions here in Latin America. Expocine offers the full package for Latin American exhibitors: panels, screenings, and a trade show.