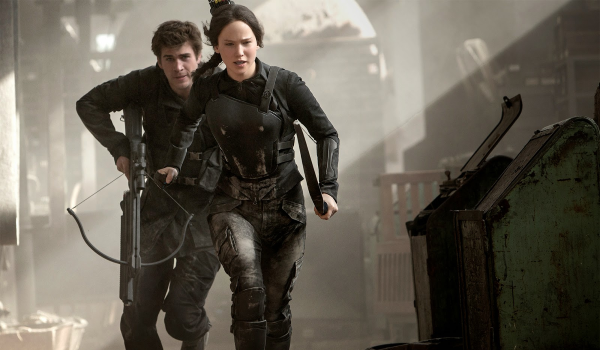 Friday Morning Update: As expected, this week's hot ticket item Annabelle was planted firmly atop the Tweet total list for the last 7 days (Friday to Thursday). A few other films also stood out though, namely The Hunger Games: MockingJay Part 1 which is already averaging 10k+ tweets a day even from this distance out (it doesn't open till November 21st). It is generating more buzz than either of its predecessors in the series so far and it would seem as though the lofty heights of $150 million+ are all but assured yet again.

Nine of the top fifteen films on the week are October openers as you would expect since they will be either ramping up their marketing campaigns or in full swing by now. There were a couple curious absences though: Fury, St. Vincent, Book Of Life come to mind, but their very common names lead to extra measures being taken to assure matches for mentions which always serve as a limiter for total tweets (this is one area where Facebook tracking is superior to Twitter in my mind).

Interstellar is also picking up pace and is up significantly from where Inception was five weeks before release. Of course Twitter in general has seen a big uptick in movie mentions over the last four years but its still worth mentioning since Inception was one of the most tweeted and most trended movies on Twitter at the time.