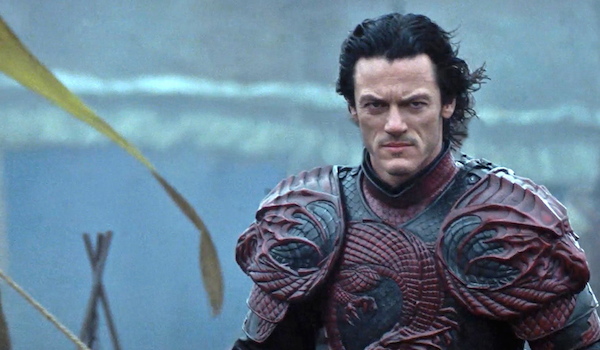 Dracula Untold welcomed a total of $33.9 million from 42 territories, this weekend, becoming the highest grossing film of the weekend at the overseas box office. The film claimed the top spot in Russia with a big $9.6 million bow at 1,065 dates to become the biggest 2D opener of the year in the market. Mexico posted its second consecutive weekend in first place with a $3.4 million haul at 650 dates, allowing the film to reach an 11-day cume of $9.5 million in the market. South Korea took a strong $4.4 million debut from 284 dates and finished the weekend in second place. Dracula Untold has grossed $62.6 million overseas and $86.1 million worldwide. The film will expand to 17 additional territories next weekend.

Guardians of the Galaxy opened in China this weekend and generated Disney’s third best over debut in the market behind Iron Man 3 and Captain America 2. A $26.6 million Chinese debut for Guardians is already more than the market cumes of Iron Man, Thor, and Captain America. Guardians of the Galaxy finished the weekend with a $28 million haul from 22 territories. The film has grossed $361 million overseas and $687 worldwide.

Annabelle grossed $27 million this weekend, including more than 4.3 million admissions from nearly 5k screens across 44 markets. France and Brazil both posted #1 finishes, while the UK and India both finished the weekend at #2. The film has also enjoyed great success in Chile, where it is already the second biggest horror film of all time (behind The Conjuring after only two weekends in the market. Top markets for the film include South Korea ($5.5M), Russia ($4.8M), and Malaysia ($4.3M). Annabelle has earned a total of $60.3 million overseas and $122.4 million worldwide. It expands to Mexico on October 23.

The Maze Runner brought in $13.7 million from 4,744 screens across 62 markets. The film has already brought in a total of $140 million overseas and has grossed $224 million worldwide with top markets like China, Germany, France, and Japan remaining on the schedule.

The Equalizer registered an $11.5 million weekend from 86 markets to take its overseas haul to up $57.1 million. The highlight of the weekend came with Germany taking a #1 debut with a $2.5 million from 507 screens. The action flick has now grossed a total of $137 million worldwide.

Bollywood release Bang Bang stays hot after posting the second biggest weekend of the year in its home market. The Indian haul is now up to $29.5 million. Bang Bang grossed $7.6 million from a combined 7 overseas markets, bringing its total outside of North America up to $35.9 million.

The Boxtrolls added $3.6 million from 26 territories, bringing its overseas haul up to $31.8 million. The film has grossed a total of $72.8 million globally.

Alexander and the Terrible, Horrible, No Good, Very Bad Day opened day-and-date across 14 territories, netting a combined haul of $2.8 million. Top markets from the initial roll out include Mexico ($1.3M), Russia ($800k), and Argentina ($300k). The film will expand over the following months, with top markets Brazil and UK next on the schedule for late October.

Lucy is finishing up its overseas run, ending the weekend with a $2.6 million tally from 60 territories. The action flick has grossed a total of $286.2 million overseas and $412.3 million worldwide.

The Judge saw action in 7 small territories during its day-and-debut with North America. The film grossed a combined of $1.6 million from its overseas debut, including a $955k bow from Australia. The film has grossed a total of $14.9 million worldwide. The Judge expands to Germany, UK, Russia, and Brazil next weekend.