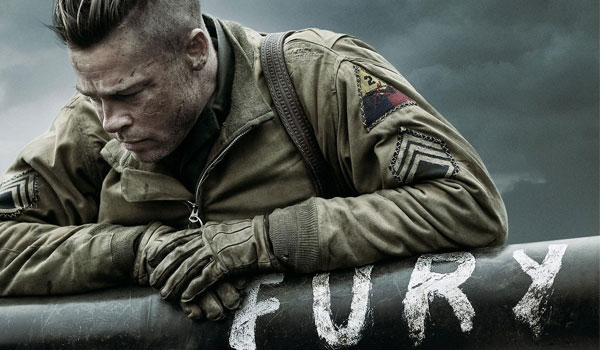 LOS ANGELES - October 15, 2014 - According to Fandango, the nation's leading moviegoer destination, the new World War II drama "Fury" has scored a strong 77 out of 100 points on the company's Fanticipation movie buzz indicator, and is leading weekend ticket sales. Brad Pitt's "Fury" is currently outselling George Clooney's "Monuments Men" at the same point in the sales cycle on Fandango.

In its third weekend, "Gone Girl" is proving resilient with ticket-buyers, while the Guillermo del Toro-produced animated fantasy, "The Book of Life" is scaring up impressive sales in its opening weekend.

"World War II movies often pique audience interest, and ‘Fury' is reminiscent of classic war movies like ‘Saving Private Ryan' with its A-list cast and vivid battle scenes," says Dave Karger, Fandango's Chief Correspondent. "'The Book of Life' should also excite audiences with some of the most visually stunning scenes we've seen all year, while its sweet theme of remembrance will resonate strongly with families."