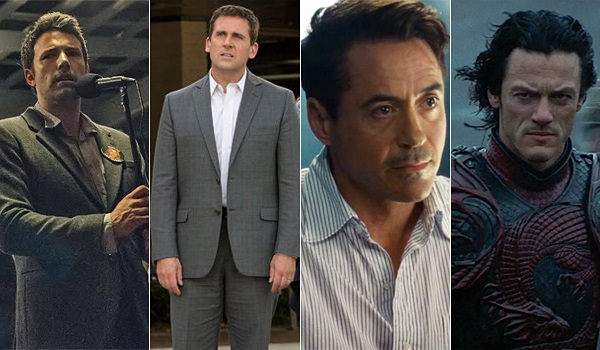 Fox reports that Gone Girl added $2.35 million on Wednesday for a 28 percent drop from the same day last week, bringing its 13-day total to $87 million. The hit David Fincher-Ben Affleck adaptation of Gillian Flynn's popular novel is running 8 percent ahead of the pace of 2010's Shutter Island.

Universal's Dracula Untold posted $1.4 million yesterday, giving it $29.55 million in the bank through six days of release. The action-horror reimagining is pacing 23 percent ahead of last year's Hansel and Gretel: Witch Hunters.

The Judge grossed $1.23 million on Wednesday, giving the Robert Downey, Jr. pic a 6-day total of $17.8 million. The drama is pacing 22 percent ahead of This Is Where I Leave You.

Annabelle dropped 50 percent from last Wednesday to $0.9 million yesterday. That gives the horror prequel/spin-off $65.3 million through 13 days of release, 5 percent ahead of Insidious Chapter 2 at the same point.

Disney's Alexander and the Terrible, Horrible, No Good, Very Bad Day grabbed $0.78 million yesterday. The family-driven adaptation has earned $23.9 million since opening last week, putting it 15 percent ahead of the pace of Muppets Most Wanted.