Fandango: 'Interstellar' Ticket Buyers Can Enter for a Chance to Win A Trip to the Frontier of Space on XCOR's Lynx Spacecraft 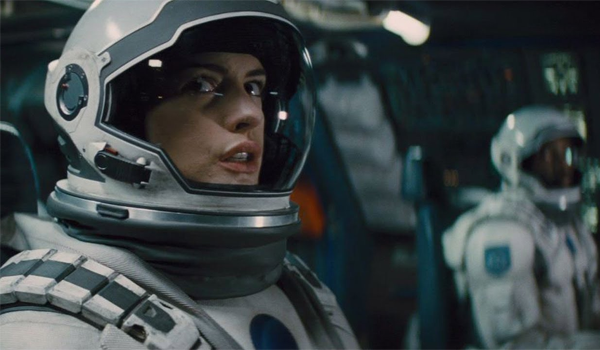 Our friends at Fandango made the huge announcement this morning:

Out-of-this-World Trip Made Possible Through a First of its Kind Partnership Between Paramount Pictures,
Fandango, Motherboard and XCOR Aerospace

LOS ANGELES (Oct. 31, 2014) - Starting today on Fandango, the nation's leading moviegoer destination, film fans buying a Fandango movie ticket to Christopher Nolan's highly anticipated Paramount Pictures and Warner Bros. Pictures' release, "INTERSTELLAR," will be entered for a chance to win the ultimate escape: a trip to the frontier of space on XCOR's Lynx Mark II spacecraft. It's a fitting sweepstakes for Nolan's grand adventure. According to a Fandango poll of more than 1,000 "INTERSTELLAR" advance ticket-buyers on its site, 81% of fans say they have always dreamed of space travel.

The once-in-a-lifetime trip, worth $100,000, is being made possible through a unique partnership between Fandango, Paramount Pictures, rocket engine and spaceflight development company, XCOR Aerospace, and Motherboard, VICE's online channel dedicated to the intersection of technology, science and culture. "INTERSTELLAR," starring Academy Award®-winning actors Matthew McConaughey and Anne Hathaway, along with Academy Award®-nominee Jessica Chastain, opens with advance screenings in IMAX® 70mm film, 70mm film and 35mm film formats on Wednesday, November 5, two days ahead of its nationwide release on November 7.

"Frontiers are not opened by the faint-hearted," said XCOR Chief Executive Officer Jeff Greason. "'INTERSTELLAR' offers those of us working to create a hopeful future for humanity in space the chance to stop and enjoy the vistas of that future for a few hours, and this flight makes it possible for one more person to take the journey with us aboard Lynx."

The "INTERSTELLAR" sweepstakes grand prize-winner will receive a seat aboard the XCOR Lynx Mark II spacecraft, reaching an altitude of 100 kilometers/62 miles. Also included in the package are 4g simulator training, and hotel accommodations and round-trip travel to the XCOR spaceport in Mojave, California. The sweepstakes entry period ends on December 1, 2014 at 10:00 a.m. PT, and complete sweepstakes rules, prize information, grand prize-winner options and free alternative method of entry can be found at http://www.fandango.com/sweepstakesrules/interstellar.

"We're always looking for innovative ways to add value to our Fandango movie ticket for consumers, whether it's gifts-with-purchase, bundling packages or high-end sweepstakes," added Fandango's VP Marketing Adam Rockmore. "The ‘INTERSTELLAR' trip is clearly the coolest prize we've ever given to a moviegoer in the fourteen years of our company. There is certainly no bigger and better way to celebrate a movie event like ‘INTERSTELLAR' than to send one of our moviegoers on a life-changing journey to space."

NO PURCHASE NECESSARY. Open only to legal residents of the 50 United States and D.C. 18+ (or the age of majority in the jurisdiction of their residence, whichever is older) with active e-mail account and Internet access as of 10/30/14. Sweepstakes begins at 10:00 am PT on 10/31/2014 and ends at 10:00 am PT on 12/1/14. Void where prohibited. Odds of winning dependent upon total number of eligible entries received. Limit 10 entries/pp. 1-Grand Prize of Winner's choice. Grand Prize OPTION A: One seat onboard an XCOR spacecraft, the LYNX Mark II on a date in 2017 to be determined by XCOR (ARV $100,000) and a check for $50,000.00. Total Grand Prize "A" ARV: $150,000. Grand Prize OPTION "B": one check for $75,000. Total Grand Prize "B" ARV: $75,000. See complete official rules available at http://www.fandango.com/sweepstakesrules/interstellar for free alternate means of entry, restrictions and prize details. Sponsor: Fandango, LLC

About XCOR Aerospace
XCOR Aerospace® builds rocket-powered spacecraft and the engines that drive them. Based in Mojave, California, XCOR builds Lynx, a piloted, two-seat, fully reusable liquid rocket-powered spacecraft that takes off and lands horizontally. The Lynx family of vehicles serves three primary missions: private spaceflight and research and scientific missions in the Lynx Mark I and Lynx Mark II, and micro satellite launch on the Lynx Mark III. Lynx production models (designated Lynx Mark II) are designed to be robust, multi-mission (private spaceflight or research/scientific) commercial vehicles capable of flying to 100+ km in altitude, up to four times per day. Lynx production models are available to customers in the free world on a wet-lease basis for their own manned space flight programs. Learn more at www.xcor.com.