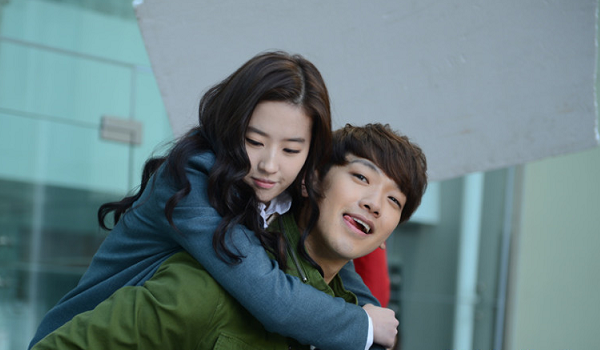 Teenage Mutant Ninja Turtles will have a tough time building on its impressive $25.6 million opening weekend in China thanks to a rush of homegrown romantic films--including For Love or Money (pictured above)--poised to take advantage of the Singles Day holiday on November 11. According to EntGroup, eight new films will be released in Mainland China during the November 3-9 frame--and none are from Hollywood. The U.S. has dominated the box office in China as of late thanks to the recent success of Guardians of the Galaxy, Lucy and TMNT.

Sweet World opens on November 4, and it focuses on the dilemma of urbanization vs. countryside nostalgia. The Boundry opens on November 6 and it stars Liu Ye in a tale about a man who is afraid of losing the one he loves.

Four romantic flicks enter the fray on Friday, November 7: Nature Law with Huang Shengyi; For Love Or Money with Liu Yifei and Korean pop star, Rain; Gangster Payday starring Charlene Choi and Anthony Wong and Who's The One. Also opening on Friday will be African Safari, a new documentary from Umedia and Studio Canal and She and She, a thriller.

For Love or Money, an adaptation of Amy Cheung's wildly popular novel, looks to be the strongest of the bunch.

"The movie tries to discuss whether love outweighs money or vise-versa. I think Amy Cheung tells a very typical story, in which the girl has been hurt by money, then she uses the money to hurt the one she falls in love with, but finally she discovers nothing can outweigh love," director Gao Xixi said at a press conference to promote the film.

Star Liu has appeared in several films that have crossed the coveted 100 million RMB ($16.3 million USD) plateau. (See chart below.) Liu's supporting role opposite Jackie Chan and Jet Li in The Forbidden Kingdom helped propel her career, and she followed that with success in The Four franchise. 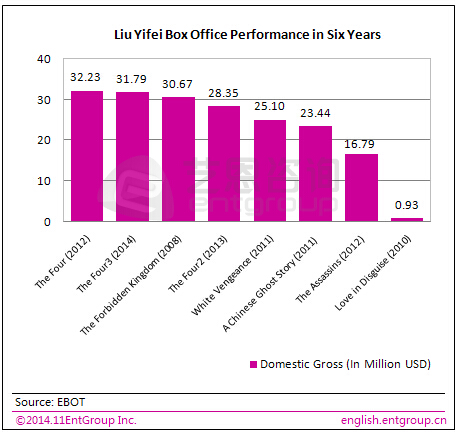