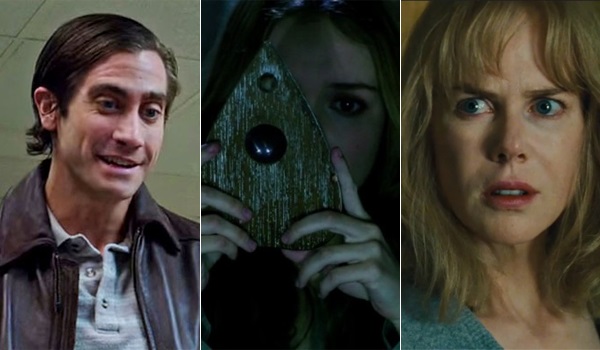 Open Road's Nightcrawler led the daily box office on Tuesday with $1.24 million. The critically acclaimed crime thriller starring Jake Gyllenhaal has now topped the daily box office for two consecutive days. Nightcrawler was up a healthy 30 percent over Monday, as holdovers in general saw significant daily increases on Tuesday thanks in part to Election Day. Nightcrawler has grossed $12.63 million in five days. That is in line with pre-release expectations and places the film 21 percent behind the $15.91 million five-day start of Open Road's End of Watch back in September of 2012.

Sony's Fury took in $1.10 million to remain in second. The David Ayer directed World War II film starring Brad Pitt was up 32 percent from Monday's performance and down a healthy 27 percent from last Tuesday. Fury has grossed $62.09 million in 19 days. That is towards the lower end of expectations and is 5 percent stronger than the $59.27 million 19-day take of Sony's The Monuments Men earlier this year.

John Wick held steady in third place with $0.997 million. The Keanu Reeves led action thriller from Lionsgate increased 30 percent over Monday and was down 39 percent from last Tuesday. John Wick continues to perform on the high end of expectations with $29.29 million in twelve days. That leaves the film just $9.07 million away from the $38.36 million final gross of last year's 47 Ronin.

Disney's Alexander and the Terrible, Horrible, No Good, Very Bad Day surged 121 percent and 4 spots over Monday's performance to move into fourth place on Tuesday with $0.944 million. Election Day is traditionally a strong day for family films and that was certainly the case yesterday for Alexander. The 26-day total for Alexander stands at a very solid $55.09 million.

Fox's Gone Girl held steady in fifth with $0.893 million. The critically acclaimed David Fincher directed film starring Ben Affleck was up 28 percent over Monday and down a slim 19 percent from last Tuesday. Gone Girl has grossed a very impressive $137.87 million in 33 days, which leaves the film $12.13 million away from reaching the $150 million domestic mark.

Universal's Ouija, Fox's The Book of Life and The Weinstein Company's St. Vincent followed closely behind in places sixth through eighth with respective daily grosses of $0.871 million, $0.865 million and $0.851 million. Fifth place and eighth place were separated by just $41,984 yesterday, as daily grosses among the top 8 were very much bunched together. Respective total grosses stand at $36.44 million for Ouija in twelve days, at $41.76 million for The Book of Life in 19 days and at $20.42 million for St. Vincent in 26 days.