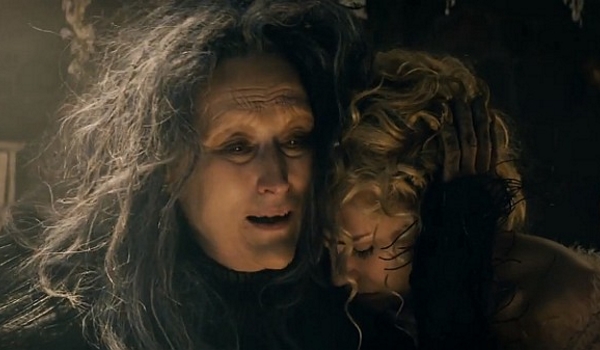 Into The Woods was the cream of the crop last week for trailers as its latest offering generated just over 22,000 tweets and saw its Facebook numbers rise over 50% to 90k+. While this might be a far cry from the massive numbers Furious 7 and Avengers: Age Of Ultron have been throwing up, considering that the film will likely skew much older and is opening in the leg-friendly holiday season these numbers are impressive in their own right.

A teaser trailer for the new 50 Shades Of Grey trailer nabbed 16k tweets and saw a hefty 200k+ like increase for the Facebook page, all for a very basic 15 sec clip. Hardly a surprise considering the first trailer here broke the Twitter single day record and its Facebook like tally is already over 5 million. The Grey phenomenon continues to shine on social media.

Chappie's first trailer came in pretty light on the social media side, grabbing only 10k tweets and Facebook was even less of an event, with it to date only having 35k likes. Of course its still early days but with the lack of a strong lead (Hugh Jackman seems to be in a supporting role) it might have a hard time replicating the success of District 9 or Elysium.

Mark Wahlerg's The Gambler also dropped a new trailer which saw a modest 1,278 tweets and so far its official Facebook page has failed to crack 7k. It is a limited release film with its sights on award season buzz and future expansion after its December 19th opening so the lower numbers here are not surprising though it does make me question if it will make much of anything in theaters unless award buzz is through the roof (with a 50% fresh at Rottentomatoes so far I'm guessing the answer to the latter will be a "no").