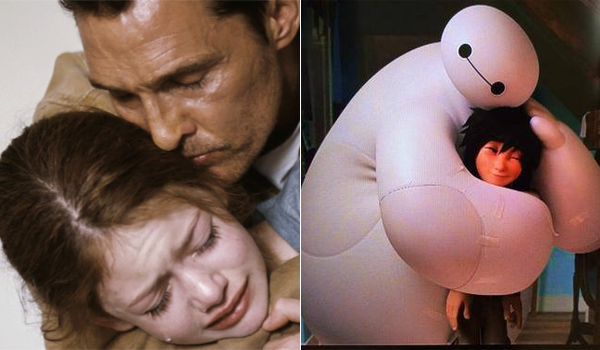 Paramount's Interstellar took in $3.37 million on Thursday to lead the daily box office for a second consecutive day. The Christopher Nolan directed sci-fi film was down a slim 1 percent from Wednesday. Interstellar took second place for the week with a weekly haul of $66.47 million. Interstellar has grossed $68.62 million after seven days of wide release (and two additional days of limited release). The film is running a bit below expectations and 13 percent behind the $79.13 million seven-day start of last year's Gravity.

Disney's Big Hero 6 held steady in second place with $1.88 million. The 3D computer animated film from Walt Disney Animation Studios was essentially unchanged from Wednesday's performance. Big Hero 6 placed in first for the week with a strong seven-day start of $75.64 million. That is in line with the film's lofty pre-release expectations and is an impressive 25 percent stronger than the $60.63 million seven-day take of 2012's Wreck-It Ralph.

Sony's Fury took in $0.49 million to remain in third. The World War II film starring Brad Pitt was unchanged from Wednesday and down 41 percent from last Thursday. Fury placed in fourth for the week with $8.36 million. That represented a 33 percent decline from the previous week and brings the film's four-week total to $72.13 million.

Fox's Gone Girl followed closely behind in fourth with $0.47 million. The critically acclaimed David Fincher directed film was up 1 percent over Wednesday and down 36 percent from last Thursday. Gone Girl took third place for the week with $8.75 million. That was down just 24 percent from the previous frame and brings the six-week total for the film to a very impressive $148.07 million.

Nightcrawler rounded out the day's unchanged top five with $0.42 million. Open Road's critically acclaimed crime thriller starring Jake Gyllenhaal fell 7 percent from Wednesday and 45 percent from last Thursday. Nightcrawler took fifth place for the week with $7.72 million. That was down 46 percent from the film's opening week performance and places the film's two-week total at $21.96 million.