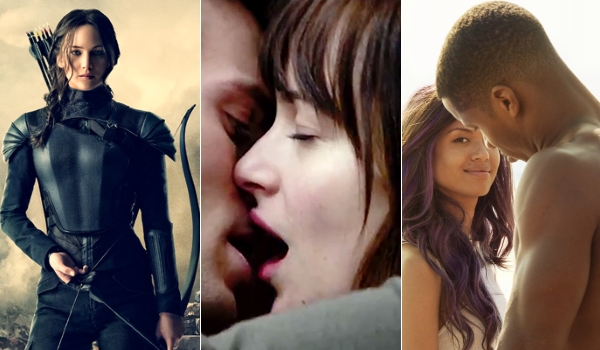 Friday Morning Update: The buzz for The Hunger Games: Mockingjay Part 1 has just about reached fever pitch and it is still a week away. Last week it led all upcoming films with a very healthy 300k tweets. Each of its last five days saw over 35k tweets including a 90k tweet day on Monday to coincide with the film's London premiere. Nothing seems to get Twitter fired up like a red carpet premiere and pictures for films targeting young girls and women.

A surprising (to me at least) second place went to Beyond The Lights which came in just shy of 100k tweets on the week. Appealing to a similar young female demographic as Mockingjay the film has really surprised with its appeal in the past few weeks in general despite having no a-listers (or any household names period for that matter). The real star here in the film is the story of romance for a young starlet. Based on the hype surrounding every one of Taylor Swift's new boyfriends or breakups on Twitter its not hard to see that the subject matter is spot on for much of its target demographic. The big numbers don't always assure box office riches (Endless Love this February gone had over 215k tweets the week before its release that translated to $13 million over its first three days), but it is an impressive feat and exercise in word of mouth and awareness amongst its key demo which goes a long way to ensuring profitability. Considering that the film was rejected by several studios initially and had a budget of only $7 million this looks like a win to me.

50 Shades OF Grey debuted its much anticipated first full trailer last night during an episode of 'Scandal', with it following closely online. This was enough to boost it to 31,839 yesterday but the true test will be today and how high it can soar. The first teaser trailer nabbed a Twitter trailer-record 240,697 tweets. General rule of thumb is a 50-60% drop in buzz between first and second trailers so something in the region of 100k today will be expected. The popularity and thirsty for all things Grey appears to not have waned at all during the production of the film. With a reported budget of $40 million and the stars locked for subsequent installments this is another super-profitable franchise in the wings.