Netflix and the Myth of Innovation: Simultaneous Release Is a House of Cards 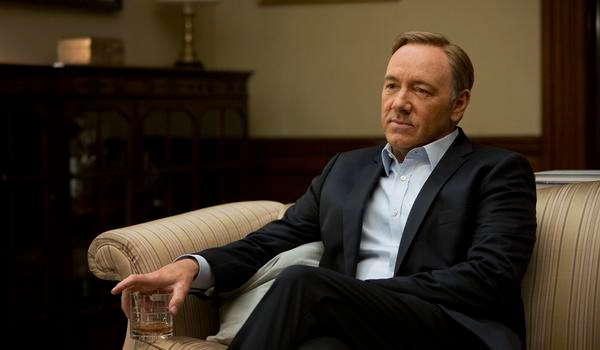 Netflix got some attention for itself just before its Q3 2014 earnings call by announcing a deal with Imax and The Weinstein Company to release Crouching Tiger Hidden Dragon: The Green Legend--a sequel to the $128 million-grossing 2000 hit--simultaneously on Imax screens and streaming on Netflix. Unsurprisingly, theater owners responded less than enthusiastically, with major domestic and international circuits announcing they had no intention of booking a title simultaneously released to the home.

"Movie distribution is pretty stuck in old models. A lot of models that the theater owners have kept in place are outdated," he said at the fifth annual U.S. / China Film Summit on November 5. "We need to stop distinguishing the experience by access. Many movies are just as good if not better at home."

This is an old refrain from Sarandos, who a year earlier said at the Film Independent Forum, "Theater owners stifle this kind of innovation at every turn. The reason why we may enter the space and release some big movies ourselves this way is because I'm concerned that as theater owners try to strangle innovation and distribution, not only are they going to kill theaters, they might kill movies."

NATO president John Fithian quickly fired back. "Subscription movie services and cheap rentals killed the DVD business, and now Sarandos wants to kill the cinema as well," he said. "The only business that would be helped by day-and-day release to Netflix is Netflix. If Hollywood did what Sarandos suggests, there wouldn't be many movies left for Netflix's customers or for anyone else. It makes absolutely no business sense to accelerate the release of the lowest value in the chain."

Sarandos quickly backpedaled, saying at the Bloomberg Tribeca Film Festival Business of Entertainment Breakfast a few days later, "I wasn't calling for day-and-date with Netflix. I was just calling to move all the windows up to get closer to what the consumer wants. I think there's a better business in giving people what they want than creating artificial distance between the product and the consumer."

We have covered numerous times the various fallacies inherent in the simultaneous-release business model. Movies like Margin Call, Arbitrage, and Bachelorette, touted as successful examples of the model domestically, far underperform theatrically in the United States compared to their performance internationally. Arbitrage's distributor claims there was no cannibalization of theatrical revenues because the moviegoing audience is different from the home audience, citing surveys that show 90 percent of moviegoers were unaware it was also available on VOD. A business model predicated on consumer ignorance does not inspire confidence.

More recently Snowpiercer, released to VOD in its third week in theatrical release, fell off 37 percent, despite expanding its screen count by more than 42 percent. Conversely, Boyhood, with a traditional platform release (it opened on five screens, then 34, then 107 in its third week) expanded from 107 screens to 310 screens in its fourth weekend (189 percent increase) and revenues rose 36 percent. Further, Boyhood outgrossed Snowpiercer (in its third-week expansion) on slightly fewer screens ($1.76 million to $.63 million). Through seven weeks of release, Boyhood had quadrupled Snowpiercer's theatrical gross over nine weeks.

Yet strangely enough, one of Boyhood's producers, John Sloss, slammed exhibitors at the Produced By: New York conference, saying, "The real criminals here are the exhibitors. We're creating bad habits. I don't think people steal content because they want content for free. They just want it when and where they want it."

This, too, is a myth. The leading indicator for piracy is, in fact, availability. Illegal downloads of movies spike on the Internet almost as soon as a movie hits theaters and then trail off, mirroring the weekly declines in admissions in theatrical release until they are a barely perceptible background hum. They spike back up again the week before the home release when a DVD or two falls off the truck between the warehouse and retailers, which again mirrors legal availability and popularity.

The entire argument for simultaneous release is founded on bad faith, shoddy data, and mysterious bookkeeping. John Sloss made waves in the industry with his call for transparency in the reporting of VOD revenues. It's long past time for that call to be heeded. Netflix doesn't even provide viewership data per title to its own shareholders.

And, frankly, I don't think that Ted Sarandos believes his own arguments. If he truly believed that exclusivity is a curse, "creating artificial distance between the product and the consumer," he would make House of Cards and Orange is the New Black available on Hulu, Vudu, Redbox, Amazon Prime, cable VOD, and next to the checkout counter at Walmart. But he doesn't.

And why not? Because exclusivity matters. Exclusivity works. Because Netflix needs to offer its subscribers something its competitors don't to retain them as subscribers and for those subscribers to believe they are getting something of value that they can't get from a growing number of competitors.

There are really only two things that matter to Netflix's bottom line: the cost of acquiring and delivering content and subscription revenue. The importance of keeping costs down led to Netflix's biggest misstep with its customers when it tried to separate out the DVD-by-mail business from its streaming business. It costs Netflix far more to ship DVDs back and forth per transaction than it costs to stream over the Internet, but subscribers revolted at what they saw as an attempt to impose a nearly 100 percent price increase on those who wished to receive their content both ways. The company backed down, not only failing to contain costs, but also losing them enormous goodwill and quite a large number of subscribers.

And costs continue to rise. Netflix is no longer the only streaming player, studios have started to pay close attention to the potential revenues in the space, and Netflix is no longer content to wait at the back of the line of home windows. This means to compete with more competitors for prime content, which will keep their subscribers growing and satisfied, their content costs will only go up. At the same time, Internet service providers are squeezing Netflix for more money to guarantee fast connections to their systems. Additionally, Netflix is spending large sums to break into international markets.

Simultaneously, the company is seeing a slowdown in subscriber growth in the United States. Some analysts cite a price increase for new subscribers as a reason for that slowdown. Current subscriber rates will rise later. With 36 million U.S. subscribers, the domestic market is running out of grow room, and consumer acceptance of price increases will become critical to revenue growth.

Netflix truly broke ground with home delivery of DVDs and later with on-demand streaming (of whatever Netflix had streaming rights to). But their first-mover advantage has an expiration date. Premium cable channels are starting to wade into the streaming space and they, like Netflix, will have a mix of exclusive self-generated content as well as exclusive licensed content, and they are going to have to compete for it.

Consumers have a finite amount of money to spend on home entertainment, which is why low-cost subscription services like Netflix and cheap rentals like Redbox took off in the first place. Consumers also have access to an enormous variety of free entertainment thanks to the broadband connection they already pay for to access Netflix. Maybe that connection is also bundled with cable services, and that costs money, too. There's a ceiling on what various services can extract from in-home customers, and Netflix is starting to get a pretty close-up view of it.

Which may be why Ted Sarandos keeps talking so loudly about movie theaters. It keeps the industry from looking too closely at the cards Netflix is actually holding.

Or maybe he just envies our business model.