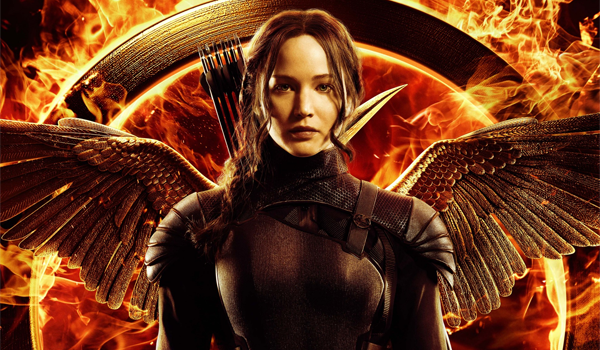 LOS ANGELES - November 19, 2014 - According to Fandango, the nation's leading moviegoer destination, "The Hunger Games: Mockingjay - Part 1" represents more than 90% of Fandango's weekend sales and scores a stirring 97 out of 100 points on the company's Fanticipation movie buzz indicator, the highest score for any film this year. Already Fandango fans' most anticipated film of 2014, "Mockingjay" is also on target to become Fandango's top advance ticket-seller of the year.

According to a survey of more than 1,000 "Mockingjay" ticket-buyers on Fandango:
· 95% had seen the previous "Hunger Games" films on the big screen;

· 66% say Lorde's "Mockingjay" soundtrack increased their interest in the movie;

· 52% picked Julianne Moore (as President Alma Coin) as the new-to-the-franchise actor they're most excited to see; 33% picked Natalie Dormer (as Cressida).

"'Mockingjay' takes the franchise to new heights, as there's a lot of raw emotion in this film, and it shatters your expectations," says Fandango Chief Correspondent Dave Karger, "As the positive buzz builds, fans will continue to scoop up tickets on Fandango and theater owners will keep adding new showtimes to meet fan demand."