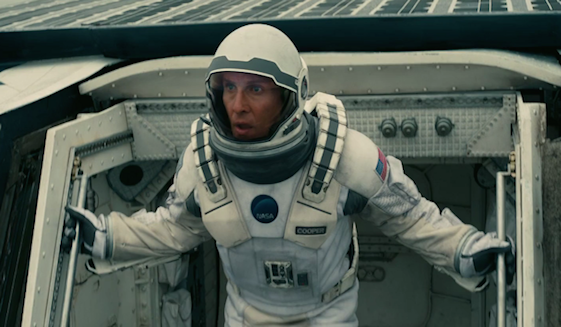 Interstellar collected $70 million from 17,560 screens across 64 territories over the weekend. IMAX continued bringing in strong results overseas, contributing $38.7 million of the current $329 million overseas come. The film is currently tracking 13% ahead of Gravity and 10% ahead of Inception at the same point in release.

Japan was the last market to release Interstellar and the wait was worth it after the film opened to $1.9 million from 515 screens to top the weekend chart.

Interstellar kept the top spot in China after taking 40% of the market share of the top 5 films in release with a $30.6 million haul from 7,004 screens. That puts the first hold-over weekend only 26% from the opening weekend numbers. Chinese cume currently stands at $82.3 million.

South Korea kept the #1 spot for the third consecutive weekend after grossing $10.4 million on 1,127 screens. This makes Interstellar WB's highest grossing film of all time in the market with $50.5 million.

UK earned $2.9 million from 706 screens, bringing the market cume up to $25.2 million. Germany added $2.4 million from 626 screens to take second place in the market and finish its third frame with a $13.3 million cume.

France also took second place in its third weekend with $2.4 million from 678 screens. The film has grossed a total of $16.5 million in the market. Russia finished its third frame with $2 million from 945 screens, also in second place, and is currently reporting a $21.2 million cume.

Other top earners include:

Australia: $1.9 million from its third weekend for a second place finish and $11.3 million cume.