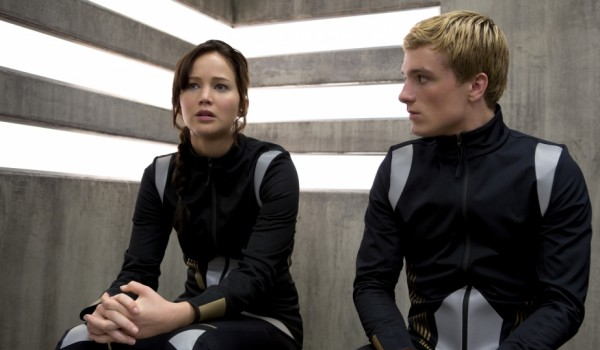 The Hunger Games: Mockingjay - Part 1 took in an estimated $67 million overseas this weekend and crossed the $250 million benchmark outside of North America. The second sequel in the franchise is currently reporting an overseas cume of $254.4 million from 86 markets. The UK was the weekend's top earner with $8.2 million, lifting its market total up to $32.8 million. Germany follows with a $7 million weekend and $23.4 million cume. The film has grossed a total of $480 million worldwide.

A $44.4 million weekend launches Interstellar's overseas cume up to $395.2 million. Christopher Nolan's sci-fi epic is the highest grossing MPA 2D title of all time in China after finishing the weekend at #1 for the third consecutive occasion. China has accounted for more than a quarter of Interstellar's overseas cume, bringing in a total of $106 million. IMAX continues to bring good value for the film, representing $49 million of the film's overseas haul. Interstellar has kept the #1 spot in South Korea for four consecutive weeks and is currently reporting a $61 million cume. Other top earners include the United Kingdom ($28.6M), France ($18.8M), and Germany ($15.4M). Interstellar has grossed $542.2 million worldwide.

Penguins of Madagascar played on 7,596 screens in 44 markets, grossing $36 million. The animated film had already racked up more than $20 million from its release in China three weeks ago before this weekend's larger expansion. The weekend brought in $36 million, taking the film's global haul up to the $100 million milestone. China continues to lead all overseas markets with $33 million after 17 days in release. Opening weekends in Russia ($8.2M), Italy ($4.6M), and Germany ($4.2M) also contributed to the weekend tally. The Penguins will expand to 8 more markets next weekend, including Belgium, Holland and the United Kingdom.

Horrible Bosses 2 rolled out to its first 42 markets, finishing its day-and-debut overseas with $11.7 million. Russia enjoyed the biggest opening weekend of the lot with a $2.3 million bow, finishing the weekend in third place. UK took a #4 finish with $2 million. Mexico's opening weekend netted $1.13 million for a third place finish. Germany opened to $1 million, finishing in fourth. The comedy finished the weekend with a global total $34.7 million.

Fury played in 48 markets over the weekend, claiming $7.9 million along the way to lift the film's overseas cume up to $89.8 million. The war film has grossed a total of $171.7 million globally.

Big Hero 6 put up another $4.8 million from 25 territories in its sixth weekend overseas. The film is the biggest Disney/Pixar release of all time in Malaysia, the Philippines, Indonesia, and Vietnam. It has also found success in Russia, where it is the second highest grossing Disney/Pixar release of all time behind Frozen. Top overseas performers include Russia ($20.2M), Mexico ($12.5M), and Malaysia ($4.4M). Big Hero 6 has pulled in a total of $56.9 million outside of North America. The film has grossed a total of $224.1 million worldwide.