Ridley Scott on 'Exodus,' Science-Fiction, and the Singular Charm of Rita Hayworth 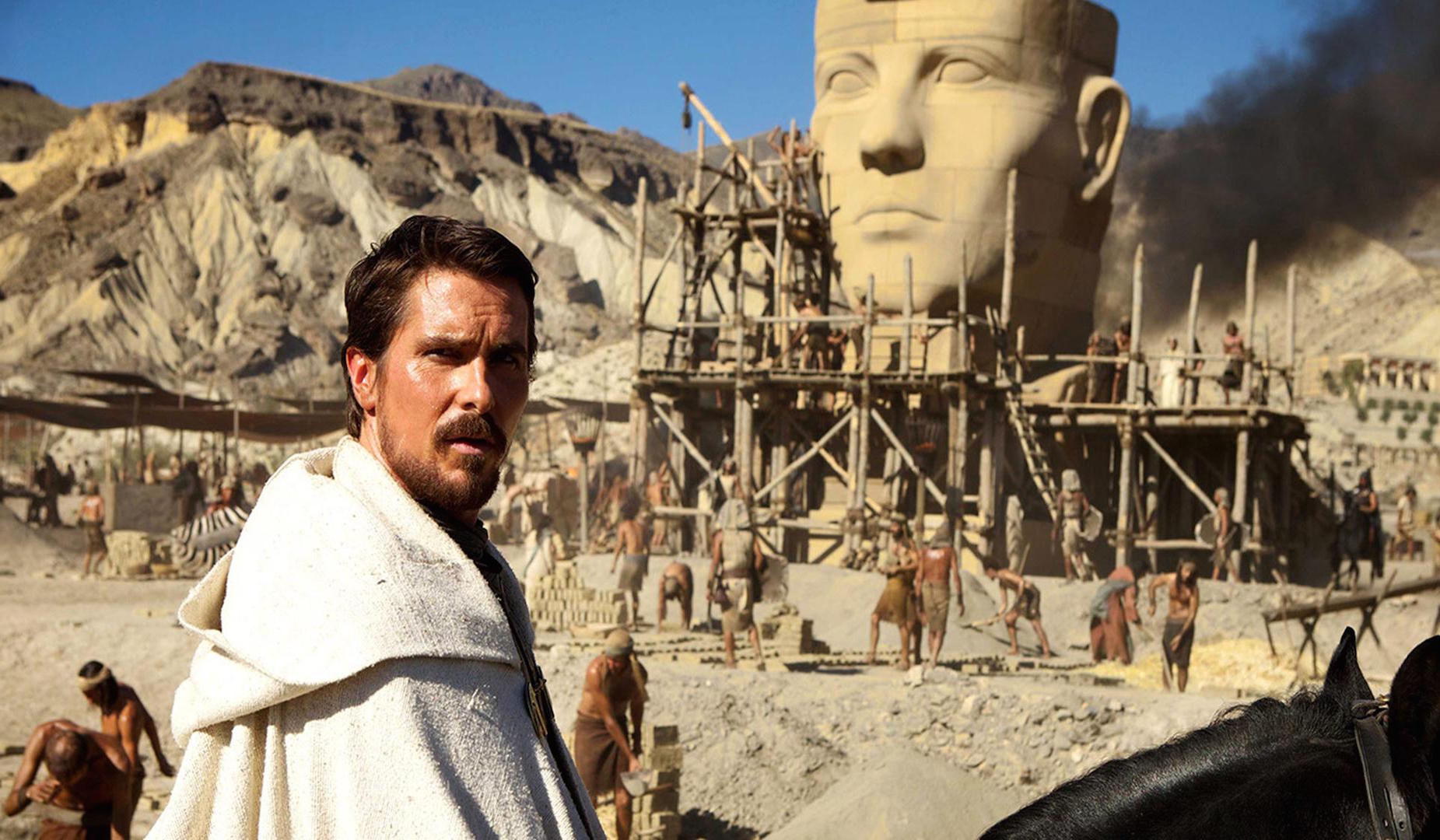 Whatever pressure there was on Ridley Scott to follow up the success of his debut feature, The Duellists, a period piece that won the Best Debut Film at the 1977 Cannes Film Festival, was only multiplied by the release of his second film. Alien hit screens in 1979, only two years after Star Wars reignited the blockbuster potential of science-fiction films. Alien was a different kind of beast, however, a film many universes away from George Lucas's nascent family-friendly action-adventure saga. Rather than joining the string of derivative space operas immediately following Star Wars, Alien ushered in the renaissance of American science-fiction films in the 1980s by introducing more serious and adult elements. When Blade Runner followed Alien three years later, audiences around the world began to recognize Ridley Scott as a singular talent.

Scott is perhaps best known for making the sort of films that feature a fully realized diegetic world. His settings are often painstakingly detailed, giving locales otherwise limited to our imagination a grounded reality that makes them so engrossing on screen. He is a favorite among science-fiction aficionados for that very reason, but it's impossible to overlook how his talent has shaped the historical epics he's taken on in his career. The director's latest film, Exodus: Gods and Kings, brings his vision to ancient Egypt through the story of Moses. Exodus promises to provide audiences with another immersive-experience world best suited for the big screen.

Ridley Scott spoke to BOXOFFICE about his career and the making of Exodus just a day before he began shooting his next project, The Martian.

What was it about Exodus: Gods and Kings that drew you to making the film?

The character of Moses is so enormous, and I sat down to read Peter Chernin's screenplay with great curiosity. I didn't know anything about Moses's extraordinary life, other than the more obvious elements that are associated with him. I had no idea he was a military man, a commander of the Egyptian army, that he was important in the Egyptian hierarchy. I really got into it and found that it could be an amazing film and a great challenge to bring it to audiences today. So I climbed onto the project, and we went into the typical readjustment and rewriting from the original.

What made you go after Christian Bale for the role of Moses?

I met Christian years ago, and I've known him for a while now, and I've watched his bigger films, Batman and all his other roles that are better known. But there's another side to him that you can see in films like Out of the Furnace, where you can see who he is other than Batman. I really liked him in that western, 3:10 to Yuma, and watching him change over the years into a very powerful actor. What really blew me away was American Hustle, watching him really going for the character. By then I was already tracking him, and when I approached him with the idea of Exodus he just said, "Oh my God, really?" I had no idea if he would go for it, but he was challenged by it; it's a role that he really had to stretch himself to get his head around it, so he said, "Yeah, let's do it." It turned into one of my best relationships in making a film, I think.

You have a number of big historical epics on your résumé, all of them featuring a fully realized and detailed diegetic world- 1492: Conquest of Paradise, Gladiator, Kingdom of Heaven. What lessons from those projects did you take into your approach to Exodus?

It's all relative. In fact, Kingdom of Heaven is not a million miles from Exodus. Gladiator touched on ethnic environments and a time that we can only associate with history books, and I loved doing 1492 with Gerard Depardieu. I love doing these period pieces; I love to create the universes. This project has the additional strong attraction that the Egyptians are architecturally just spectacular. It's the sort of stuff that baffles you and makes you say, "Where the hell did that come from?" The Greeks didn't influence them even though Greek architecture has influenced almost all forms of Western architecture over the centuries. The exotic architecture of the Egyptians, I think, is tied to their obsession with life and afterlife. So how that idealism is expressed through the pyramids is magnificent. One wonders about the science-fiction elements of that.

Women in your films aren't eye candy or trophies; throughout your career you've included some great female characters in strong and central roles. Alien is probably the best example; you subverted the classic horror model, the monster movie that basically built Universal during the studio era, by having the unstoppable monster meet its match in a woman who fights back instead of shrieking for help. But it doesn't end there; strong women show up in a number of other films: Thelma and Louise, G.I. Jane, Hannibal ...

I think it goes back to my mum, actually. She was a very powerful mother, even if she was only five feet tall. I have great respect for my mother for raising three boys, but I think she was the kind of benchmark for these roles; she could kick our ass, you know! She was a very strong person, and thereafter I've never found women challenging, because women have always been equal in my estimation. I have an office in London, an office in L.A., and an office in New York, and they are all run by women.

You begin shooting your next film tomorrow. What can you tell us about The Martian?

The Martian is the definitive maroon story, set in the near future and based on the notion of just going up to Mars since we already know so much about it. To put it very simply, it's about a man who travels up there and gets left behind. Matt Damon plays the main character, who is the botanist in the expedition that gets left behind, and we'll be able to see how he survives with the elements in Mars. It's a great story about using ingenuity and science to reconnect with Earth.

It's nice to hear you're still connected with science fiction.

My fanboy side won't let me finish this interview without asking you about where you are with developing the next installment of the Prometheus storyline from the Alien saga and the long-awaited Blade Runner sequel.

They're both developed and written; the only question is which project I'll decide to do next.

Do you stop by the concession stand whenever you go to the movies?

I have to admit I like popcorn with salt, the largest bag I can get!

How about an early movie memory of yours, do you remember going to the cinema as a child?

The first film I can remember seeing is watching a black-and-white film named Gilda with Rita Hayworth. I don't know how my mother got me into that matinee, but we were sitting in the balcony so I could get a good view. When Rita Hayworth starts to sing and sway "Put the Blame on Mame," I must have been around six years old, but I got a funny feeling down below. It was the first time I got the funny feeling. My mother got up to leave, and I asked her if we could please stay and finish watching it. She just said "No!" Rita Hayworth was a spectacularly beautiful woman, even to impress a six-year-old child.