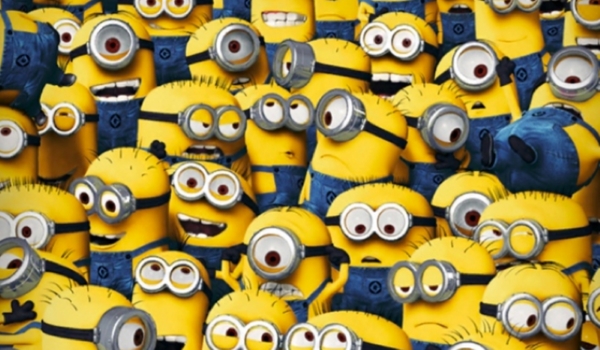 For the second week in a row its been relatively quiet on Facebook in terms of like increases, and just like last week these wacky Minions came out on top by a healthy margin. Their performance has really been remarkable since their first trailer debuted back in early November. Since then they have added close to 1.5 million new likes, bringing their total to over 27.5 million, the largest ever for a non-sequel. Ok so they are a spin off but they are not reusing Despicable Me's Facebook page which means all of its likes were earned by themselves. To put it into perspective, the most liked film franchise of all time on Facebook is Harry Potter with just over 75 million likes - but that has been around since the beginning of Facebook and is about a franchise that spawned 8 movies.

The rest of the top five was taken up by other big franchises/names who are simply churning out their usual numbers - Insurgent, Cinderella, Furious 7  and Fifty Shades Of Grey. In other words not too much out of the ordinary with their presence here. Perhaps the bigger worry (especially in light of the underwhelming opening of Exodus: Gods And Kings) is that no December releases are in the top 5. The Hobbit: The Battle Of Five Armies,  Unbroken, Into The Woods came in at 7th, 10th and 11th respectively with 57k, 31k and 25k like increases. Considering the lower totals for Unbroken and Into The Woods these increases aren't half bad but I can't help but think that The Hobbit getting just a .4% bump in likes in the week leading up to release is a foreshadowing of it not meeting the opening numbers of the previous two films domestically. The first two made around $1 billion each worldwide so its not like $800-$900 million here would see people out on the streets looking for work but on a year that is so starved for revenue at the box office it seems like nothing is having much upside.