Director Rob Marshall Discusses the Dark Relevance of Into the Woods 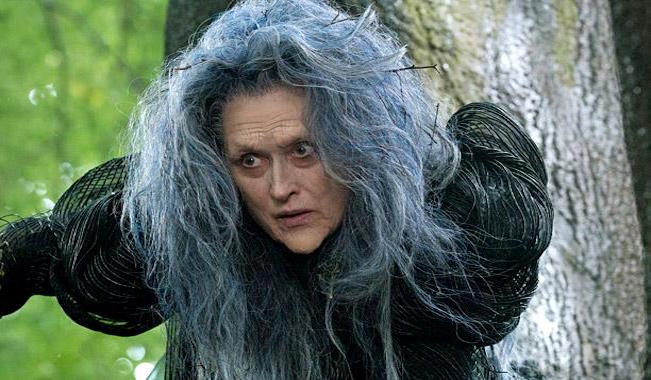 Director Rob Marshall's Oscar-winning Chicago helped ignite a revival of musical films that has given birth to hits such as Les Mis, another Oscar winner, and Mamma Mia! Marshall's latest production, Into the Woods, is based on the classic fairy tales of German brothers Jacob and Wilhelm Grimm. In an interview with BoxOffice Pro, Marshall discussed his film and the relevance of the Grimms' cautionary tales in today's world. Into the Woods, from Walt Disney Company, opens in theaters on December 25.

Into the Woods is based on stories that are a couple of hundred years old. Most of us have heard them since we were toddlers, and yet they remain compelling. Why is that?

I guess that's why they're classic stories. They're human stories and humanity doesn't change. These are stories of greed and ambition. They deal with the very classic human condition, and that's why they remain. Straying from your path-you're told not to and then you do and when you do, Little Red Riding Hood meets the wolf. In our movie they all realize the consequences post-"happily ever after." Jack learns, maybe I shouldn't have stolen from the giant and Cinderella realizes, maybe I shouldn't have attended the ball. Even though it's based on classic material, it feels very much like today. It's an incredibly funny, joyous piece, but it also deals with reality.

Yes, I think that's why Stephen Sondheim turned to these stories in the first place. He went to the Grimm story of Cinderella. It's a much more sophisticated story than the [Charles] Perrault version of Cinderella. Perrault's story is about a pumpkin changing into a coach. In the Grimm version, Cinderella goes to the ball three times, and she chooses to go home each time and there is a very complex question of why she does that. And the Stephen Sondheim piece answers the question, was that the right thing? There's a beautiful line in our film in which the fairy godmother asks her, "Are you certain that what you wish for is what you want?"

What is the greatest challenge in adapting a stage play to film?

You want to retain what you can of the elements that work onstage, but you want to make sure you're always serving the film. Obviously on the stage you're sort of in a false place; you're in a theater where there's a proscenium, usually, so you know you're not in a real place. You can accept people singing, for instance, more easily than you can on film, which is a much more realistic medium. So one of the key issues for me is explaining, why is this person singing. One of the reasons I thought Into the Woods would work as a film is that the opening prologue is 16 minutes long. It's a combination of both singing and speaking, all very seamless, back and forth, and that's very helpful because you establish the language immediately. I've always felt if the audience knows what the rules are and how the story's going to be told up front, they'll go with you.

There has been a fair amount of discussion about what changes were made in adapting Into the Woods for the screen. I think Sondheim started that discussion with some comments he made in an interview. My understanding is that you actually have retained all of the major elements of the play, such as Rapunzel's death and the infidelity and the darker tone.

First, I would say Stephen Sondheim was incredibly upset by that article, because it so misrepresented what his feelings were, and he admitted that at that point he had not seen the film. It was such a misleading piece because it was actually the opposite. We were incredibly careful with all of the decision making, not only to retain all of the parts of the stage play, as long as they work on film, but also to retain the turn of tone in the play; it's essential that it be there. So the darkness is all there.

Broadway, of course, is not a children's venue, but Disney films are. Do you feel you hit the balance between dark and happy so that parents will be comfortable bringing their children to see Into the Woods?

I do. To me it's very much a fairy tale for the 21st century. It's a fairy tale for children and parents post-9/11. It deals with issues that are relevant today, specifically with loss. I grew up in a very different time than children today, with terrorism and shootings and climate change and all the fear, which is represented in the film by the giant; it's a metaphor for fear. And the play deals with how do you move through post-"happily ever after." Children need the tools for how you do that. There is a beautiful song called "No One is Alone," and I think that is one of the central messages of the piece, that no one is alone. I very much feel it's a family movie; I think it's an important discussion. And we've been given a PG rating. It's an incredibly joyous, funny, and fantastic piece that also has a message and deals with reality and real issues, too.

The Grimm brothers' stories are dark themselves.

That's because all of those stories are 100 percent cautionary. They all began that way. And these really are the grim fairy tales.

How did you decide what changes were needed? In the play, for example, you have the narrator who breaks the wall and speaks to the audience, but he is not in the film.

One of the things that I did, which I was very keen to do, was work with James Lapine, who wrote the stage play and the screenplay, and work with Stephen Sondheim, so that when we made the adaptation we were able to maintain the integrity of the piece. I was so impressed with James's and Stephen's willingness to consider changes. So often I found I was the keeper of the stage version, saying, "Don't change that."

You have roots in bringing classic material from the stage to television, working as a choreographer on adaptations such as Cinderella. Did that background make you more comfortable with this?

With each film, with each time out, you learn more and you try to bring that expertise to the next project. I do know this was a real passion project for me. I met with Stephen Sondheim right around the time Chicago opened and I said, "I would really love to do a musical of yours on film." We talked about Sweeney Todd and we talked about Follies, and he said, "I think Into the Woods would be perfect for you." And that stayed with me over the years. I did feel very connected to this piece. I love what it says about the parent-child relationship and moving forward.

Chicago was the first musical in decades to win an Oscar, a very successful film. Do you think that opened the door for subsequent musical films that have come out and done well, productions like Mamma Mia! and Les Mis?

I would like to think there has been a rebirth of musicals. I felt a responsibility to help move that forward, and I am thrilled that more musicals are being made. If we did open the door, or kick it open a little bit, I'm incredibly proud we were able to do that.

What is the future for this genre? Do you think it will remain part of cinema?

I do. It's an American art form, musicals, and it's something we should hold very dear. Of course they're very fragile, too, because when they're not done properly, people think the genre's not good. With the scale of a musical, the size and complexity of it, it's tricky to make work. So each time out I try to be as conscious of that as possible and make sure it works as a piece. With this piece it's particularly rewarding because the storytelling is so seamless between the music and the dialogue. So I felt I had great material in front of me.

Tags: Into the Woods, boxoffice-magazine