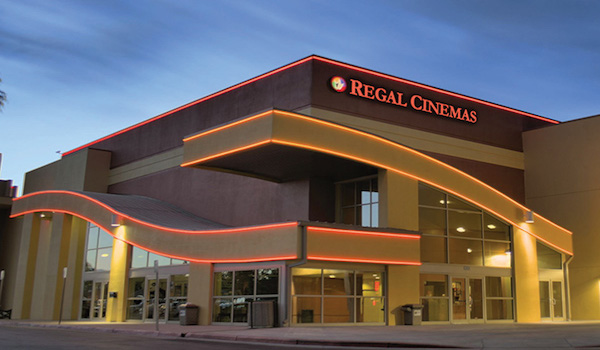 As 2014 draws to a close, exhibitors have more to think about-like the potential sale of the biggest U.S. chain-than the disappointing box office returns from this year's movie slate. There is a consensus among exhibitors and Hollywood studios that 2015 will be better, with sales possibly reaching a record $11 billion or more.

With a box office revival a near certainty, other issues loom large for exhibition executives. Perhaps the biggest is Regal Entertainment Group's surprise announcement in October that the Knoxville, Tennessee-based company may put itself on the block.

That's not all. The U.S. Department of Justice has sued to block the merger of the industry's two largest on-screen advertising companies, National CineMedia Inc. and Screenvision LLC. And Imax Corp. and Netflix have challenged the traditional release window between theatrical and home entertainment with an agreement for a day-and-date release of The Weinstein Company's Crouching Tiger, Hidden Dragon 2.

Despite the hot-and-cold nature of box office demand, exhibitors have managed to maintain margins through incremental increases in ticket prices and by making cinemas more appealing to consumers, says Gabelli & Co. analyst Brett Harriss. One result is that publicly traded exhibition companies have remained attractive to investors. Growth among companies included in Redwood Capital Group's North American Cinema Exhibitors Index outpaced the Standard & Poor's 500 Index from 2009 to mid-2014. Through November 7, 2014, members of the index, which includes the four largest U.S. operators, Imax Corp., and Canada's Cineplex and Reading International Inc., had a compound annual growth rate of 21.6 percent compared with 14.9 percent for the S&P companies.

"The capital markets are rewarding what are well-managed costs and margins in the context of relatively flat revenue growth," says Gregory Bedrosian, chief executive officer and managing partner at Redwood. "The multiples have ticked up a bit. Stock prices are moving up."

A Regal sale would likely become the biggest the industry has seen, one that probably would surpass the 2012 sale of No. 2 AMC Entertainment Holdings to China's Dalian Wanda Group for $2.6 billion. Regal, with 7,318 screens in 574 locations, would likely fetch a higher price with a market cap of $3.47 billion as of November 10.

Regal announced in October that it hired Morgan Stanley to review strategic options, including a possible sale. The news caught Regal's peers off guard. Among U.S. exhibitors, Cinemark said they would take a look at Regal, though chief executive Timothy Warner stopped short of saying he would make a run at the company. Mexico-based Cinépolis, in the midst of an expansion in India, also has said it would take a look.

"Regal is a very attractive company," Warner said after Regal's announcement. "Like any other acquisition opportunities, Cinemark will evaluate what the announcement means to our company."

"It makes sense for Regal to test the waters to see if there are any buyers before their appetites are satisfied," says B. Riley & Co. analyst Eric Wold.

AMC appears to have little interest in making a run for Regal. That is partly because the company is in the midst of a major campaign to revamp auditoriums with luxury reclining seats and improve food service. In addition, AMC is leery of running into regulatory issues that a combination of the two largest chains might raise, chief executive Gerry Lopez said after Regal announced its plans.

"I've got a company to run," Lopez said when analysts asked about his interest in Regal. "Things are working. Our perspective is that we want-we need-a steady hand on the tiller because we have significantly better weather ahead in 2015. So, we are going to remain focused operating the business, executing against the strategy that so far has delivered great results for us."

Whether Regal is sold, consolidation among North American exhibitors will continue if executives have their way. Even Regal is scouting the landscape for acquisition targets as it explores selling itself, chief executive Amy Miles says.

"M&A will remain a key part of our strategy," Miles says.

As Regal considers a sale, National CineMedia is fighting a federal lawsuit to block its $375 million acquisition of competitor Screenvision. The companies argue that the combination, which would encompass 88 percent of U.S. screens, would provide advertisers better service for the commercials that appear on movie screens before previews begin. Publicly traded National CineMedia was founded by AMC, Cinemark, and Regal. In its lawsuit, the Justice Department raised antitrust concerns, saying that the chains-the largest in the United States-would exercise "significant control and influence" over the new company.

Executives of the chains have declined in recent public appearances to comment directly on the lawsuit. National CineMedia, meanwhile, has expressed confidence that it can successfully defend against the lawsuit. The Justice Department has wrongly looked at the merger in the narrow context of only the film industry, National CineMedia CEO Kurt Hall said after the lawsuit was filed. Instead, the deal should be viewed within the broader competitive landscape of an ad market that includes hundreds of broadcast and cable outlets and many more online and mobile platforms, he said.

"Their claim that the merger will hurt advertisers is completely inconsistent with the reality of an increasingly competitive video-advertising market environment," Hall said.

Exhibitor confidence runs highest when executives discuss a 2015 release schedule peppered with sequels to hits that propelled 2013 tickets sales to a record $10.9 billion. The slate includes Avengers: Age of Ultron, Furious 7, Star Wars: Episode VII and the final Hunger Games. Executives and independent analysts agreed there is a very good chance these films and others on tap will push 2014 revenue beyond the $11 billion mark. 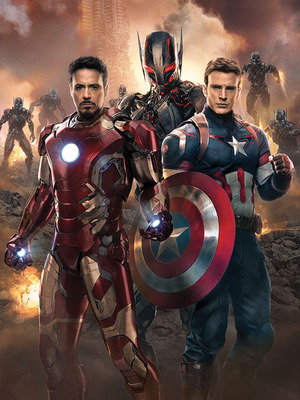 The original Avengers took in $623.4 million in domestic sales and $1.5 billion worldwide in 2012, suggesting strong returns for Age of Ultron, which adds The Blacklist star James Spader as arch villain Ultron. Star Wars, a franchise begun in 1977, has generated $2.2 billion domestically, including re-releases of older installments. Globally, the franchise has done $4.5 billion in ticket sales. Other new films scheduled for release next year include Mad Max: Fury Road, a resurrection of the 1980s trilogy with Tom Hardy replacing Mel Gibson in the title role.

Fans echo the executives' enthusiasm. For example, Avengers: Age of Ultron has a 100 percent "want to see" rating on the movie-review website RottenTomatoes.com. Fury Road, The Hunger Games: Mockingjay Part 2, and Star Wars: Episode VII all have attracted a 99 percent rating.

Less pleasant for exhibitors is an agreement between Netflix and IMAX, the largest provider of big-screen technology, to release the Crouching Tiger, Hidden Dragon sequel simultaneously in theaters and to Internet-streaming subscribers. The film, a follow-up to the Chinese-language action film that took in $128 million in the United States and Canada and $214 million worldwide in 2000, is scheduled for release in August. Regal, Cinemark, and AMC all have said they won't show the film in their theaters. Outside the United States, European exhibitor Cineworld and Canada's Cineplex also have pledged a boycott.

"Our position on that type of programming is clear, and I think we've been consistent over the past three or four years regardless of when we were approached by third party as it relates to a day-and-date," Regal's Miles says. "We just think there is better programming from our screens, and we're going to continue down that path."

The major U.S. chains and AMC parent, Wanda, operator of China's largest chain, license IMAX technology in agreements that leave them with control over what films are shown on the screens, AMC said in a statement.

"No one has approached us to license this made-for-video sequel in the U.S. or China, so one must assume the screens IMAX committed are in science centers and aquariums," the AMC statement says.

Cinemark was more direct, declaring that the chain is "opposed to showing day-and-date releases at our entertainment complexes."

Apart from tension over the day-and-date proposal, big-screen, premium-format showings of tentpole films was one of the bright spots for cinemas. Cinemark reported that third-quarter sales from 3D and large-format screenings rose to 25 percent of total admissions from 22 percent a year earlier. Exhibitors charge more for films shown in large-screen formats, whether with IMAX technology or proprietary brands such as Cinemark's XD, AMC Prime, Regal's RPX, Carmike's BIGD, or Marcus's UltraScreen. AMC also reported improved revenue from its large-format auditoriums, although specific numbers weren't provided.

In addition to recliner seats, executives see online ticket sales-and reserved seating-as yet another opportunity to attract more patrons by making it easier to get out and watch a movie. The sale of tickets online, including transactions at exhibitor websites and those of third-party vendors such as Fandango and MovieTickets.com, will reach $13.7 billion globally by 2017, Redwood Capital says, citing data from Global Industry Analysts.

Although Fandango and MovieTickets dominate the market, cinema operators are also getting into the business of selling tickets online. Cinemark operates its own online ticket engine. AMC rolled out a service in April, Lopez says. Overall, Internet sales for the chain rose 30 percent to 17.7 million tickets, or 13 percent of all tickets sold, in the third quarter. The robust results suggest a bright future for the technology.

"Slow box office and weak (2014) slate aside, our business on the Internet is booming," Lopez says.