GLOBAL REPORT: 'The Hobbit: Battle of the Five Armies' Crosses $400M Overseas as it Leads the Holiday Box Office 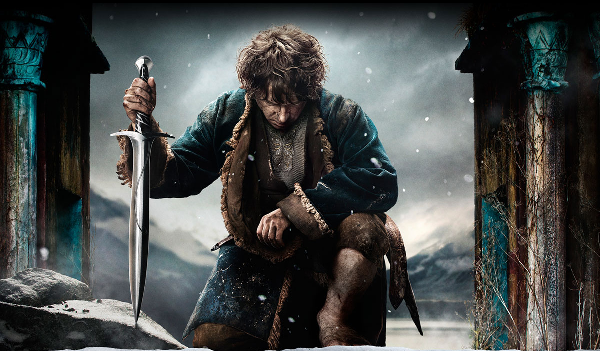 The Hobbit: The Battle of the Five Armies has now grossed more than $400 million overseas. The final installment in Peter Jackson's Hobbit trilogy took in $89.2 million from 62 markets over the weekend, reaching a $405.1 million total outside of North America. IMAX showtimes outside of the U.S and Canada contributed $5.4 million from 228 screens over the holiday weekend, claiming an overseas total of $23 million for large-format screenings. The film has now grossed $573.6 million globally.

Germany continues to impress, posting an $11.65 million weekend in its third frame on the market. Battle of the Five Armies is the highest grossing film of the year in Germany with a $56.16 million cume. France posted the second biggest hold of the weekend with a $6.86 million weekend from 884 screens and $35.9M market cume. The Hobbit: Battle of the Five Armies will expand to Argentina on January 1st and China on January 23.

Night at the Museum: Secret of the Tomb earned $30.3 million from 40 markets this weekend. This brings the ten day overseas cume for the film up to $48.6 million. The film scored Ben Stiller's biggest ever debut in Mexico with $5.8 million from 2,061 screens. Fox scored its biggest debut of all time in Malaysia with the film, grossing $3.1 million from 345 screens. Australia ($2.8M, 268 Screens) and Taiwan ($1.5M, 150 Screens) also registered strong bows. The family flick has now grossed a total of $103.9 million globally.

Penguins of Madagascar scored another $16.1 million from 43 markets. The animated film has now grossed a total of $160.6 million overseas and $231.6 million worldwide.

Unbroken opened day-and-date with North America in the UK and Spain. Director Angelina Jolie's drama grossed $2.9 million from 759 dates. Spain's Christmas day debut helped it get the #5 spot over the weekend with a $1.6 million haul from 322 dates. The UK took a Boxing Day debut that landed it at #7 for the weekend with a $1.1 million tally from 437 dates. Unbroken expands to nine new territories next weekend.

Into the Woods took a $2.7 million day-and-date debut from 6 territories over the weekend. The Disney holiday musical struggled to get started in Russia, where it finished with a $600k debut. South Korea brought in a respectable $1.9 million bow. The film grossed a total of $48.8 million in its first weekend of release. It expands to Slovenia, Hungary, Greece, Portugal, and South Africa next weekend.