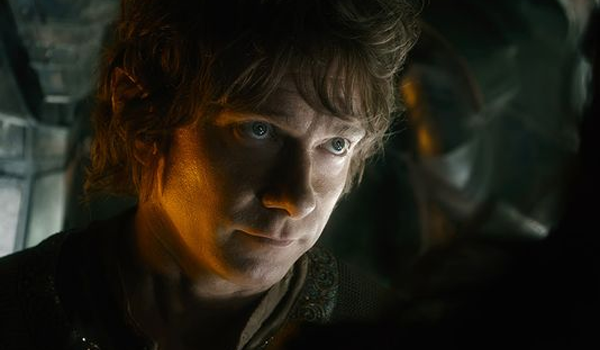 The Hobbit: The Battle of the Five Armies crossed the $500 million overseas mark ahead of its Chinese release. The film brought in $52.5 million from 65 markets over the weekend, taking its overseas tally up to $502.1 million. The film became the biggest WB opener of all time in Argentina with $2.1 million from 300 screens this weekend. Germany continues to dominate the overseas landscape, earning $7.4 million in its fourth weekend as the #1 film on the market to reach a $68.9 million market total. The film has also been the #1 release in the UK for the last four weeks, finishing the weekend with a $5.1 million haul and $57.4 million market total. Other top holds include Australia ($5.2M Weekend, $19.6M Cume, 3 Weekends); France ($3.9M Weekend, $42M Cume, 4 Weekends); and Spain ($2M Weekend, $17.1M Cume, 3 Weekends). The Hobbit: The Battle of the Five Armies has grossed $722.8 million worldwide.

Exodus: Gods and Kings earned $31.5 million from 51 markets over the weekend. The film opened in six new markets, including a healthy $8 million bow in Russia. The Biblical epic has grossed $142.5 million overseas with six more markets scheduled for January. Exodus has grossed $203.7 million globally.

Night at the Museum: Secret of the Tomb uncovered $26 million from 56 markets. The film has grossed a total of $92.4 million overseas and $182 million worldwide. Five of the Top 10 overseas markets still remain on the film's schedule.

Penguins of Madagascar collected $23 million from 43 markets. The animated film enjoyed a $6 million debut in South Korea over the weekend. The film has grossed a total of $193.5 million overseas and $271.5 million globally.

Seventh Son continues to grow overseas ahead of its North American debut. The film brought in $18.6 million from 24 territories to hit an early overseas cume of $22 million. Seventh Son opened as the top film in Russia with an $8.9 million take from 1,050 dates. It is also the #1 film in Ukraine, Romania, Malaysia, Singapore and Thailand.

Big Hero 6 brought in $20.2 million from 53 territories in its 11th weekend overseas. The animated film has grossed a total of $167.4 million outside of North America. Top markets include Japan ($34.6M), Russia ($20.2M), and Mexico ($16.6M). It opened in Taiwan this weekend, where it posted the second highest all-time debut for an animated release with $1.9 million. Big Hero 6 has grossed $378.6 million worldwide.

Taken 3 opened in South Korea and Hong Kong ahead of its North American release. The action flick took a combined $9.5 million from 704 screens across both markets. Taken 3 expands to 27 more overseas markets next weekend.

American Sniper registered director Clint Eastwood's biggest opening of all time in Italy with a $6.3 million bow from 425 screens. The WB war flick will expand to UK on January 16 and Australia on January 22. The film has grossed a global total of $8.5 million as it settles into its platform release in North America.

Birdman opened in 262 screens in the UK, claiming a $2.4 million debut. The art-house hit has grossed a total of $4.5 million overseas and $29.9 million globally.

Unbroken continues its overseas roll-out with a $2.3 million tally from 11 territories. The film has grossed a total of $6.8 million outside of North America and $94.6 million worldwide.

Into the Woods earned $1 million from only 10 territories this weekend. The musical has grossed a total of $5.8 million overseas and $97 million worldwide. Early leaders include South Korea ($2.3M) and Russia ($1.4M). The film will expand to Australia, the UK, Croatia, and New Zealand next weekend.