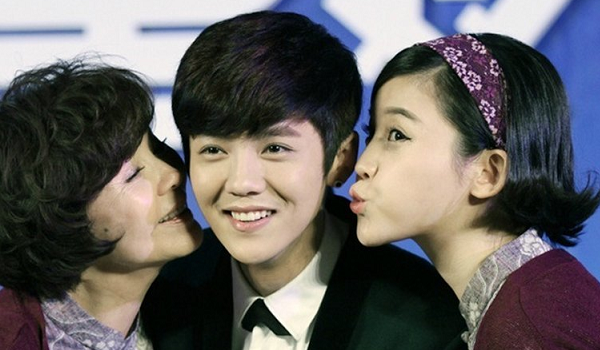 Monday, 1/12 Update: Sources report that Miss Granny is now up to $14.5 million as of Saturday. Night at the Museum: Secret of the Tomb has earned north of $26 million.

The Chinese box office will cool down a bit following the release of several high-profile homegrown efforts. Of this week's five releases, Miss Granny, a remake of a wildly-popular 2014 Korean film, seems poised to have the biggest impact. Night at the Museum: Secret of the Tomb currently leads the market after debuting in first place on Sunday.

Miss Granny should benefit from the star power of Luhan, a young Korean pop star who rose to popularity thanks to EXO, a popular Korean boy band. The film focuses on the grandson of a 70-year-old woman who transforms into 20-year-old self. Korean audiences flocked to the original version, which tallied an impressive 8.7 million admissions.

Wong Kar Wai's critical and commercial success The Grandmaster will enter theaters again this week with a 3D re-release. The Grandmaster earned more than $45 million during its initial run in China. That's a solid haul, but it's not big enough to guarantee steady grosses for the 3D version. Expectations are modest.

Sony's Annie will debut in China this week as it nears $80 million in North America. Unfortunately, the musical is bound to be hurt by piracy and also intense competition for the attention families in the form of Miss Granny and Night at the Museum: Secret of the Tomb.

Also hitting theaters this week: Predestination, a sci-fi flick, and The Two Faces of January, a thriller starring Viggo Mortensen and Kirsten Dunst that earned only $43,116 during a limited North American theatrical run.