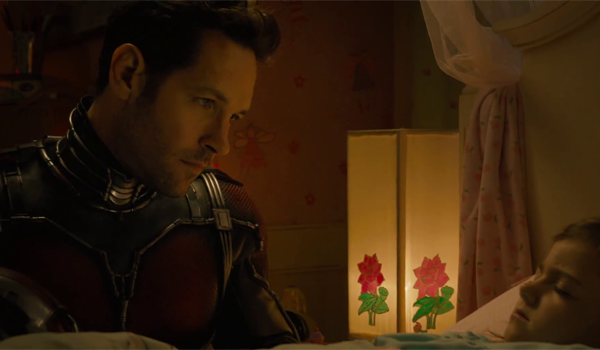 Marvel premiered the first teaser trailer for July 15's Ant-Man at the end of last night's television launch for Agent Carter, giving us our first look at the anticipated twelfth film of the Marvel Cinematic Universe.

Paul Rudd's few lines as thief-turned-hero Scott Lang are born from the trademark Marvel wit, a keystone of the studio's biggest hits to date (Iron Man, Guardians of the Galaxy, and The Avengers especially). Lang's skeptical quips are a perfect gateway for casual viewers -- and fans, for that matter -- as they're introduced to what is generally considered, on paper, a conceptually challenging adaptation.

Box office prospects are too preliminary to discuss in detail at this point, but the typical Marvel origin story has proven more than capable of reaching the $175-200 million domestic and $450-500 million global benchmarks. If they can continue building on the tone of this first trailer, Ant-Man should be no different.