Interview with Anne Thompson, Founder and Editor in Chief, Thompson on Hollywood 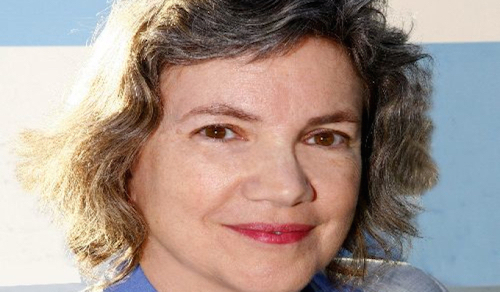 Anne Thompson is among the best-known entertainment-industry journalists working today. She has served as an editor in some of the most respected trade publications, including Variety, The Hollywood Reporter, Premiere, and Film Comment. Her writing has appeared in the New York Times, the Washington Post, Vanity Fair, LA Weekly, Sight and Sound, Empire, and Entertainment Weekly, among many other outlets. Her book, The $11 Billion Year: From Sundance to the Oscars, an Inside Look at the Changing Hollywood System, is available from HarperCollins. Thompson continues to cover the film industry through her blog, Thompson on Hollywood. BoxOffice spoke with Anne Thompson ahead of her keynote address at Art House Convergence to get her insight on the latest topics affecting theatrical exhibition today.

What would you say is the current state of the exhibition industry?

The transition to digital is well under way, and while the theaters have made the move to digital projection, I don't think the industry as a whole has figured out what the new model is going to be. There's a lot of innovation and experimentation on the independent side, and there's also a lot of pressure on the studio side for theaters to shorten their windows. I think that kind of give-and-take, push and pull, will continue to play out. And I don't think that's going to be easy or necessarily pleasant. I think it's going to be more and more challenging for everybody to step up their game and be open to innovation and experimentation and figuring out ways to reach audiences-figuring out the right film to show to their individual communities. This is not a time for following formulas or doing things the way you've always done them. This is a time to really stay ahead of the game.

Studios seem to be spending more money on fewer films. Has this opened an even greater opportunity for independent and foreign cinema in North America?

I think the biggest mistake that Hollywood is making is that they're gearing so much of their product to the foreign marketplace and not offering enough diversity at different times of the year domestically. On the independent side, there is more opportunity for discovery of incredibly compelling, original movies that are not as formulaic. I think that's the most exciting thing: exhibitors can be more aggressive about seeking out the films that exist away from established avenues.

Do you believe attitudes concerning day-and-date VOD releases will change significantly in the near future?

I think we're still in an experimental phase. Theaters that are in the VOD space are trying out different things and figuring out what works for them and what works for different kinds of movies. I would like to see more transparency in knowing what the VOD numbers actually are. The more information we have, the more numbers we are working with, the better it will be for everyone involved. A lot of people simply don't know what those numbers are and make a lot of projections and assumptions that may or may not be based on fact. The sweet spot for VOD seems to be when you can establish a brand, get reviews, get a certain buzz going in the marketplace.

With so many of the bigger exhibition chains investing money in new projection technology and value-added features like luxury seating, what can independent exhibitors do in order to stand out in the market?

I think Alamo Drafthouse has innovated beautifully in this space. They figured out a way to cater to the cinephiles without ruining the moviegoing experience. I think focusing on the experience is going to continue to be an important way to lure moviegoers to cinemas at a time when they're becoming more comfortable watching films in their living rooms. As digital living rooms become more common, comfortable, and sophisticated, it is going to become even more difficult for theaters to pull people out of their homes to see films. That's why I believe programming is the most important thing. Of course the quality of the experience counts, but the quality of the movie is primary. It's something I've learned in my own work as a blogger: you have to reach farther and find the right content in order to get people to read you. You have to reach people with the right hook; you have to reach people with the right topic. I think the same is true for exhibitors. It's about knowing your constituents and knowing how to reach them.